Rahul Gandhi takes a dig at Modi after BHU clash 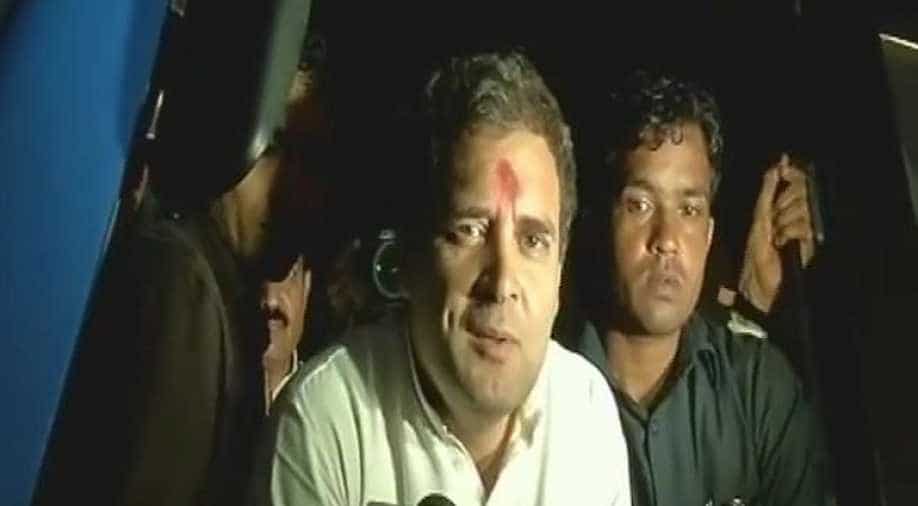 Rahul Gandhi while talking to media in Gujarat on Monday. Photograph:( ANI )

Rahul Gandhi criticising Modi's decision over note ban and GST said against the latter over the BHU clash.

Past Saturday night, Police baton-charged female students of BHU hostel after they allegedly attempted to meet vice chancellor. The matter came to light when female students on Friday morning protested against eve teasing happening on the campus at the entrance of Banaras Hindu University from where PM Modi was scheduled to visit.

Rahul Gandhi said while speaking to media that instead of having 'Save girl child, educate a girl child agenda,' BJP's philosophy is to baton-charge the daughters when they ask for their rights.

It is a matter of shame, the ongoing incidents in BHU and that FIRs are registered against girl students. These girls are not wrong, the approach of the government is wrong, said the Congress Vice-President.

Adding to it, Rahul Gandhi said that Varanasi is the constituency of the PM, he should apologise to the BHU girls and take an immediate action in their favour.

He also condemned the working system of government, saying this is not the way to work.