Rahul should wear Gujarati specs, then he will see development: Amit Shah 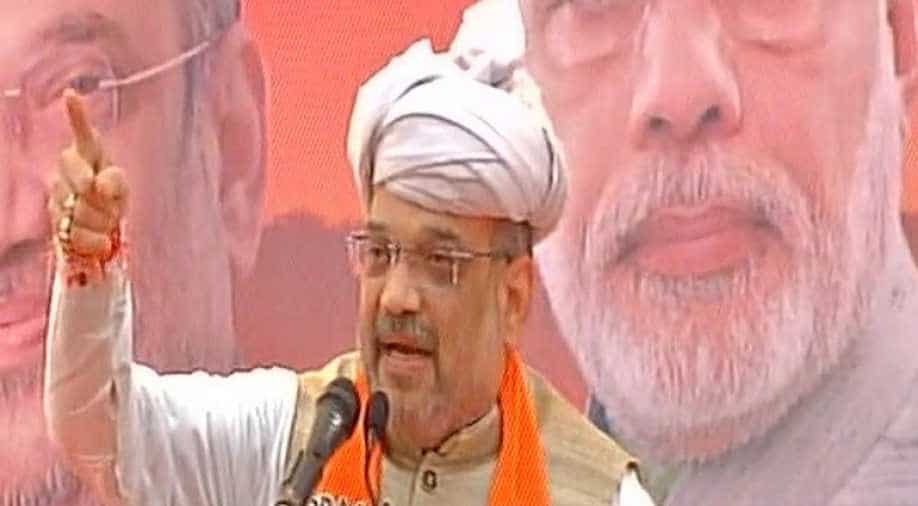 Gujarat is going to the polls this year. Photograph:( ANI )

BJP President Amit Shah said Monday that Rahul Gandhi should wear Gujarati spectacles -- and not Italian ones -- then he will see development in Gujarat.

He also added that if Rahul dreams of Gujarat, then he should visit Porbandar -- and not Italy.

Rahul's mother and Congress President Sonia Gandhi was born Italian; she is now an Indian citizen.

Rahul was recently in Gujarat, which is soon going to the polls this year.

Shah was speaking in Porbandar, Gujarat.

Shah had on Sunday flagged off the Gujarat Gaurav Yatra -- to highlight development in the state under two decades of BJP rule -- from Karamsad, which is where Sardar Vallabhbhai Patel is from.