Rahul Gandhi refuses to meet senior leaders, remains adamant on his decision to step down as Congress chief 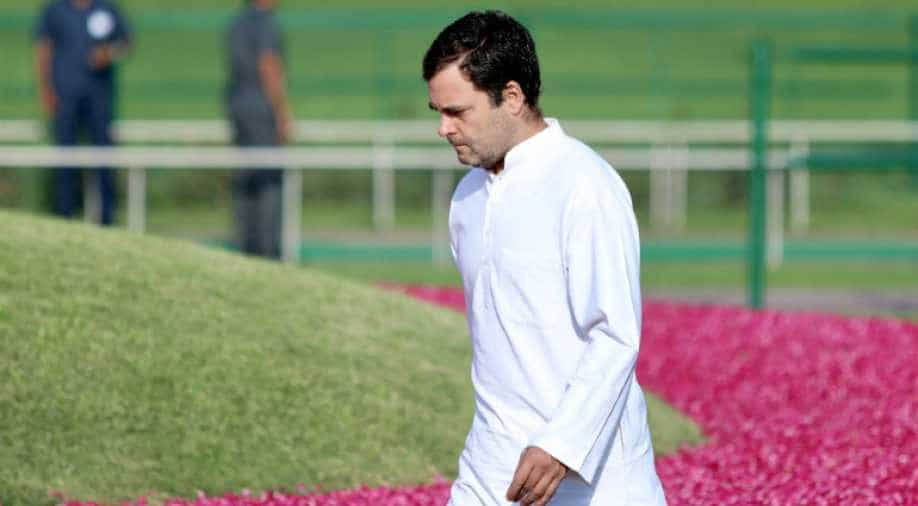 Most of the senior Congress leaders are against his resignation.

The Congress party is battling a crisis - to convince Rahul Gandhi to drop his insistence to resign as party chief. A plethora of Congress leaders made a beeline outside Rahul Gandhi's residence at Tuglaq Lane in New Delhi on Tuesday morning to meet him. But Rahul refused to meet them.

Rahul also refused to meet top leaders collectively in the evening. The senior leaders wanted that he should meet the core committee members together, but the idea was rejected. Even individual appointments were cancelled in the evening.

Most of the leaders who met Priyanka Gandhi Vadra refused to come on record. The only leader who was able to meet Rahul was chief of Congress's media wing, Randeep Surjewala, but his meeting was limited to brief on the current news cycle. The indication is clear that Rahul Gandhi will not change his decision to step down and has built pressure on the party to announce his resignation.

Most of the senior Congress leaders are against his resignation. One source even suggested that Rahul may take up the responsibility of Leader of the Party in Lok Sabha but for that too, the party will need to formally announce his resignation. The Congress has 52 seats, two less than 10 per cent of the strength of the Lok Sabha because of which Congress will not get the position of Leader of Opposition.

Watch: Rahul insists on resigning; CWC to hold another meeting

The Parliament session will begin from June 6 and Congress will have to take a final call on the leadership issue. On top of it, three big states - Maharashtra, Haryana and Jharkhand - will go to polls in December. The Congress lost all three states last time around. So, it becomes imperative for the party that it has a leader at helm of affairs before political activity picks up in Delhi again.

What is surprising this time is that unlike 1999, no popular mobilisation of Congress workers took place for Rahul Gandhi. In 1999, when Sharad Pawar had called Sonia Gandhi a foreigner, Congress workers were all over Delhi protesting and supporting Sonia Gandhi. But this time around, such public response from the party remains absent.