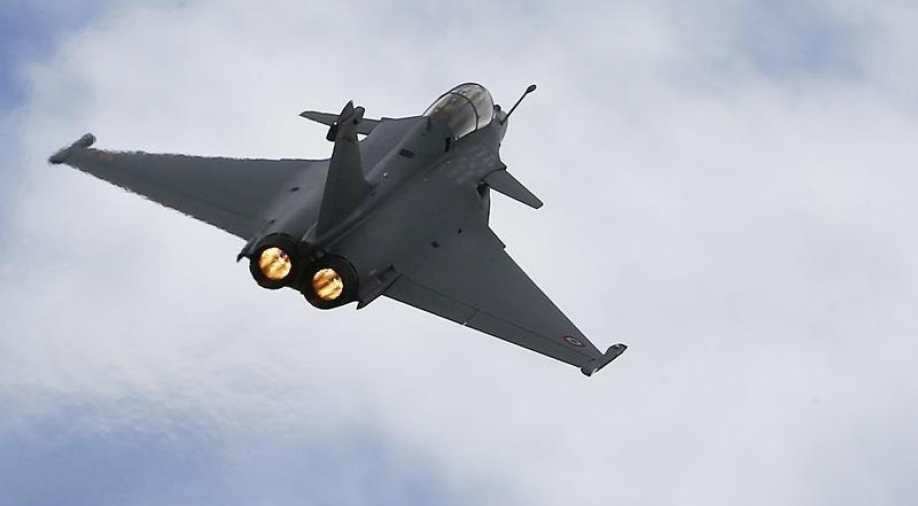 The Rafale jets are India's first major acquisition of fighter planes in over two decades, and they are expected to significantly boost the Indian Air Force's combat capabilities.

The first batch of five Rafale jets has landed at the Ambala air base with heightened security around the air force station. Chief of Air Staff Air Chief Marshal RKS Bhadauria received the fleet at Ambala.

The Rafale jets are India's first major acquisition of fighter planes in over two decades, and they are expected to significantly boost the Indian Air Force's combat capabilities.

The jets took off from the Merignac airbase in French port city of Bordeaux on Monday and arrived here after covering a distance of 7,000 km with air-to-air refuelling and a single stop in the United Arab Emirates.

The five Rafale jets are scheduled to be inducted into the Indian Air Force (IAF) as part of its No 17 Squadron, also known as the 'Golden Arrows'.

The aircraft is capable of carrying a range of potent weapons.

The jets were also refuelled mid-air from a French tanker at a height of 30,000 feet.

The Ambala district administration has also prohibited people from flying private drones within the three-km radius of the air base.

Section 144, which prohibits assembly of four or more people, has been imposed in the villages adjoining the air base, including Dhulkot, Baldev Nagar, Garnala and Panjkhora.

The Haryana Police has set up several check barricades and police officers were seen patrolling residential localities near the air base, making announcements over loudspeakers warning people not to stand on the rooftop of their houses to click pictures or shoot videos.

Violators would face punishment as per the law.

India signed an inter-governmental agreement with France to purchase 36 Rafale jets under a Rs 59,000-crore deal to boost the IAF's combat capabilities nearly four years ago.

European missile maker MBDA's Meteor beyond visual range air-to-air missile and Scalp cruise missile will be the mainstay of the weapons package of the Rafale jets.

Of the 36 jets, 30 will be fighter jets and six will be trainers.

The trainer jets will be twin-seater and they will have almost all the features of the fighter jets.

The IAF has undertaken major infrastructure upgrades at the Ambala base for the deployment of the first Rafale squadron.

Built in 1948, the air base is located on the east side of Ambala and is used for military and government flights.

The air base has two squadrons of the Jaguar combat aircraft and one squadron of the MIG-21 'Bison'. Air Force Marshal Arjan Singh was the first commander of the base.

The Mirage fighters that were used for the air strike in Balakot in Pakistan in February 2019 after the Pulwama terror attack had taken off from here.