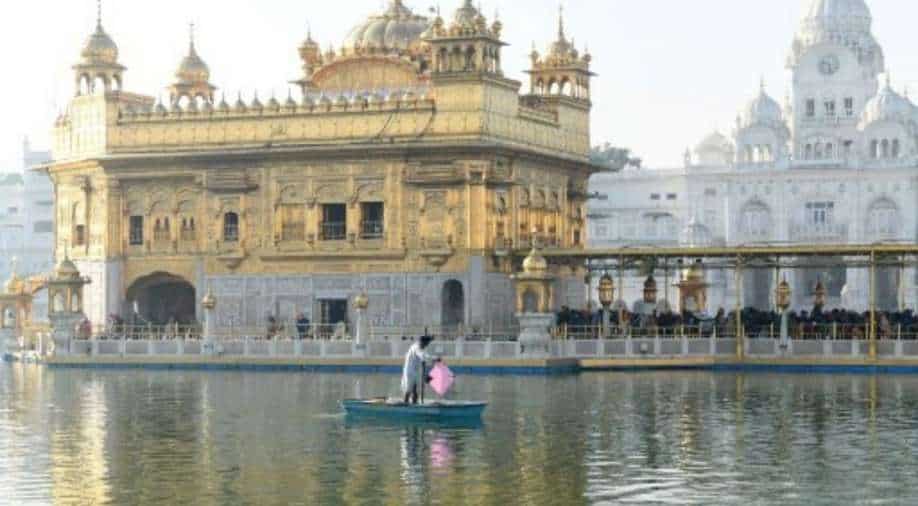 This is an outside view of Golden Temple, where the alleged sacrilege incident took place. Photograph:( AFP )

UK MP Preet Kaur Gill has posted a new tweet on the alleged sacrilege incident at Harmandir Sahib (Golden Temple) in Punjab, even as the Indian mission in London  expressed concern over her previous tweet on the incident.

In her initial tweet, she characterised the incident as "Hindu terrorist prevented from an act of violence at Sikh Holy Shrine of Harmandir Sahib, against Sikh". Her tweet got furious responses and has since been deleted.

The Indian high commission said in a statement, "it is constrained to unequivocally repudiate the public comment by a Member of the British Parliament regarding a crime that occurred in India even before the Indian law enforcement authority could investigate or comment or declare their finding."

A Special Investigation Team (SIT) under Deputy Commissioner of Police (DCP) Law and Order had been constituted to investigate the incident.

The Indian mission said that it is "concerned at the effect that such commentary by a foreign MP may have on inter-communal harmony and peace in the British Indian community." Remember British Indians constitute the largest ethnic group in the UK and have played a key role in British society.

The MP later deleted the previous tweet and condemned both the sacrilege and lynching of the man who was responsible for it. She said in a tweet, "Beadbi incidents are unacceptable but the lynching of another person is also unacceptable and no one should take matters into their own hands. We need a full enquiry into these matters. @SGPCAmritsar @PMOIndia"

Beadbi incidents are unacceptable but the lynching of another person is also unacceptable and no one should take matters into their own hands. We need a full enquiry into these matters. @SGPCAmritsar @PMOIndia