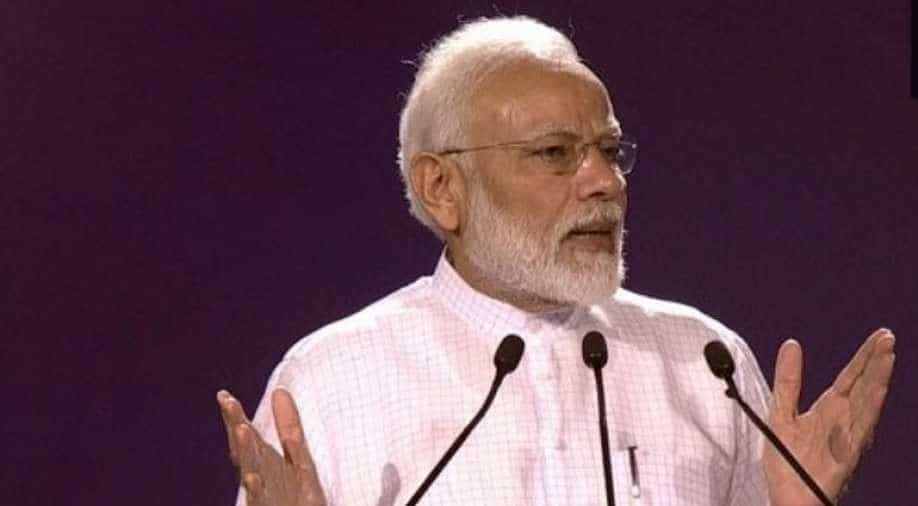 Vijay Gokhale said that two countries have a 'special relationship' and PM Modi has emphasised on broadening relations with Russia beyond civil nuclear energy and defence to other areas of the economy.

Prime Minister Narendra Modi will be undertaking a two-day visit to Russia from September 4 during which he will take part in the Eastern Economic Forum (EEF) meeting and will also hold a bilateral summit with Russian President Vladimir Putin.

Talking to reporters about the visit, Foreign Secretary Vijay Gokhale said that two countries have a "special relationship" and the Prime Minister has emphasised on broadening relations with Russia beyond civil nuclear energy and defence to other areas of the economy.

He said oil and gas were among major areas of interest for India and one of the objectives did not have a dependence on any one country or region for imports.

Gokhale said Modi's visit to Vladivostok for the Eastern Economic Forum meeting as one of the chief guests was a signal of the importance that India attaches to the Russian Far East, an area about which India has had few links in the past.

He said India was also looking at the possibility of manpower exports.

"We are exploring the possibility of sending people with some skills in areas wherever there is manpower shortage. That is not limited to just Far East of Russia. This is an effort we are making in a number of countries. This is one area where we feel there is good potential," he said.

Gokhale said the proposal was at an early stage and there has been an encouraging response from Russia.

Noting that most of Russian Far East are either minerals sector or agricultural sector, he said, "We are not yet at the stage of implementing it immediately."

"We will proceed to explore it once the visit is over. It is important for us and we will give it a priority to this," he said.

Answering a query about the proposal to build a shipping link between Chennai and Vladivostok, he said there will be no immediate announcement of a shipping service between the two cities.

"There is a recognition that alternative route to Europe through the northern route is now a possibility and we should look at in terms of economic benefits it might bring us with the northeast of Asia and beyond," he said, adding that a lot of oil and gas finds were in the region.

"It is the start of a process. It will take a while," he said.

Answering a query, he said Modi and Putin will discuss defence ties between the two countries but no announcements were expected.