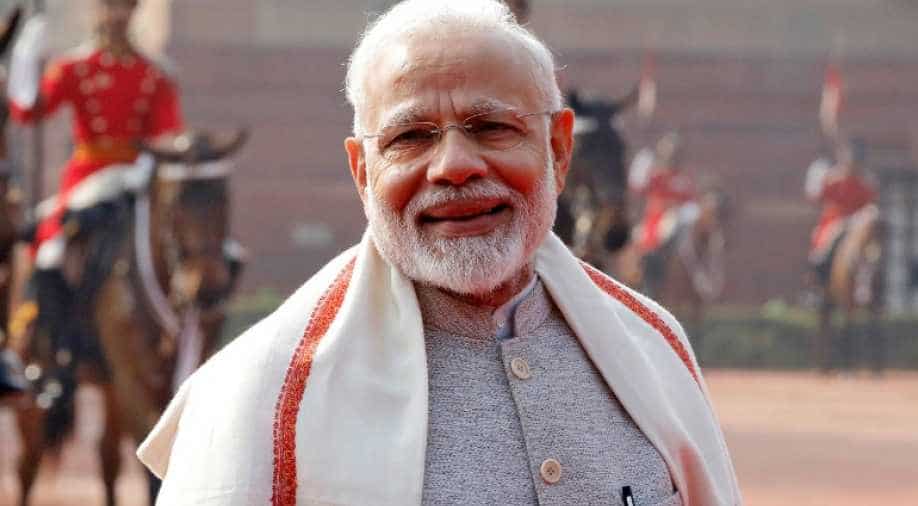 Prime Minister Narendra Modi will be going to South Korea on a two-day visit from February 21 to 22.

During the visit, he will be honoured with the Seoul Peace Prize. The award to the PM Narendra Modi was announced last year.

During his visit, he along with PM Modi inaugurated the new manufacturing facility of South Korean major Samsung in Noida which is the largest mobile phone manufacturing plant of the company anywhere in the world.

After President Moon's election victory in 2017, PM Modi was the 4th international leader to congratulate him. In his addition, PM Modi’s congratulatory tweet in the Korean language was well appreciated by President Moon.

Many South Korean companies are household names in India. According to Statistics Korea, Indian exports to Korea accounted for $ 2.91 billion and imports account for $ 8.707 billion during January-July 2017, marking a growth of 26% and 30.1%.

Major Korean companies such as Samsung, Hyundai Motors and LG have made major investments in India, estimated around $4.43 billion (Figures till March 2017).

A Sister company of Hyundai Group, Kia motors recently announced an investment of $ 1.1 billion to set up a manufacturing unit in Andhra Pradesh.

About 11000 Indian nationals are living in South Korea with 1000 more pursuing postgraduate and PhD programmes in the country.

The visit comes even as North Korean leader Kim Jong-un is all set to met US President Donald Trump for the 2nd US-North Korea summit in Vietnam on 27th and 28th February.

They met last year in Singapore for the landmark meeting between the two.