'Positive mood' about India in US: Arun Jaitley 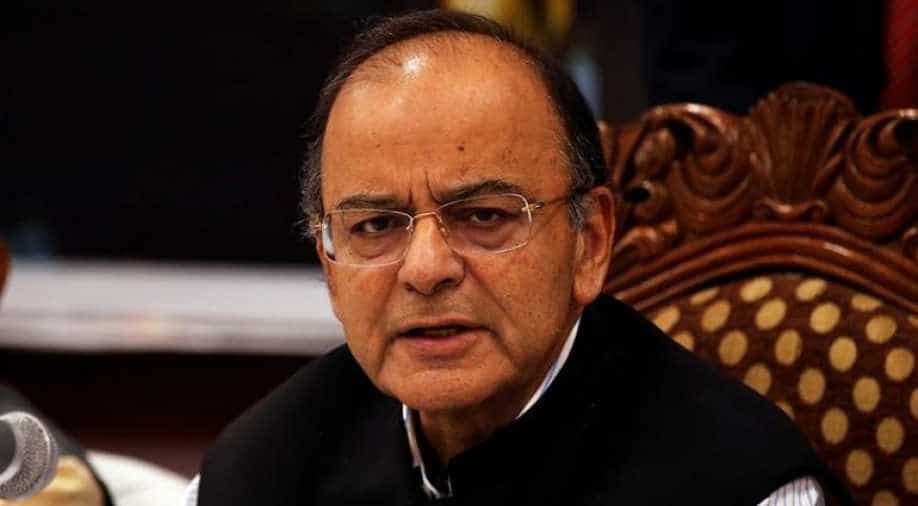 Arun Jaitley is on a week-long visit to the US to attend the annual meetings of the International Monetary Fund and World Bank. Photograph:( Reuters )

There is a "positive mood" about India in the US and the American investors have a clear understanding of the reforms that the government is undertaking for the expansion of economy and their future potential, Finance Minister Arun Jaitley has said.

The finance minister, who is on a week-long visit to the US, is leading a high-powered Indian delegation to attend the annual meeting of the International Monetary Fund and the World bank.

He has already visited New York and Boston where he addressed investors and held meetings with top corporate leaders, besides interacting with students of the Columbia and Harvard universities.

"American investors have a very clear understanding of the kind of reforms that India is undertaking for the expansion of the economy. They have also a clear idea of the future potential," Mr Jaitley said at an event organised by the Federation of Indian Chambers of Commerce and Industries or FICCI at the IMF headquarters here.

"I have found in the last four days that I have been addressing investors, meeting investors and dealing with their queries. I see a certain positive mood about India," Jaitley said yesterday when asked about the feedback he received from the Trump Administration officials and US investors.

After his arrival in Washington, Jaitley held meetings with Treasury Secretary Steven Mnuchin and Commerce Secretary Wilbur Ross during which they discussed bilateral trade and economic relationship and issues of mutual concerns.

On the first day of his visit to Washington, Jaitley also participated in a working luncheon of G-20 Ministers.

He is scheduled to participate in the Annual Meetings Plenary, G-20 Finance Ministers and Central Bank Governors' (CBGs) meeting and Development Committee Luncheon meeting among others today.

Later, he will participate in the Finance Ministers' meeting with Multilateral Development Banks and hold separate bilateral meetings with his counterparts from Italy and Iran.

Jaitley's meeting with the Iranian Finance Minister would come hours after US President Donald Trump announces his new Iran policy.

Later in the evening, the minister will participate in a special event to be hosted by US India Strategic Partnership Forum (USISPF) on the theme of "Indian Economy: Prospects and Challenges".
Jaitley is scheduled to participate in the IMFC Restricted Breakfast Session and its plenary session on October 14.

In the afternoon, he will host a lunch for The Constituency Members consisting of Bangladesh, Bhutan, Nepal and Sri Lanka. He will participate in the 96th Meeting of the Development Committee Plenary before leaving for India on Sunday.