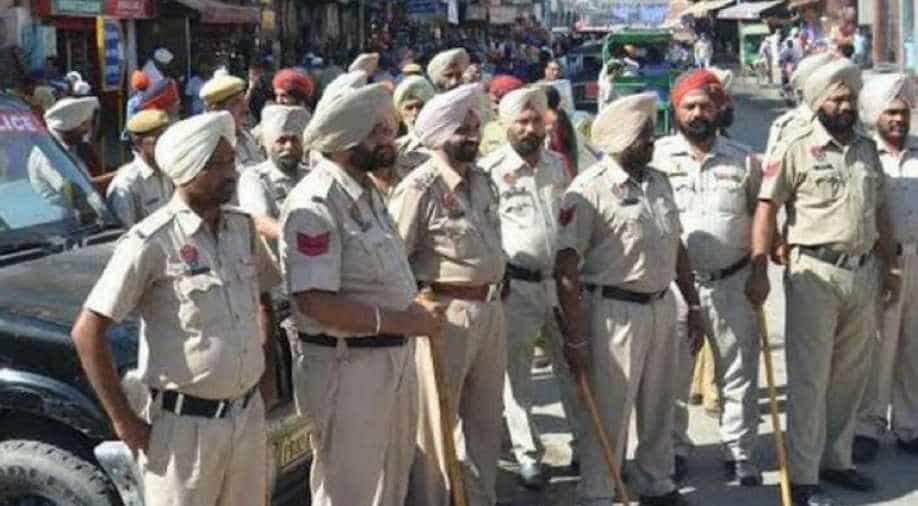 Punjab police Thursday claimed to have busted a Pakistan-backed terrorist module operating in the state with the arrest of a person from Patiala.

Shabnamdeep Singh alias Maninder Lahoria was asked by his Pakistan-based handlers to target police posts and crowded places during the upcoming festival season, they said adding a pistol, a hand grenade, a motorcycle and letter pads in the name of "Khalistan Gadar Force" and other terrorist outfits were seized from his possession.

DGP Suresh Arora said Singh's arrest has exposed the nexus between Pakistan's Inter-Services Intelligence spy agency and Gurpatwant Singh Pannu's fringe outfit Sikhs for Justice (SFJ) as one of his handlers had identified himself as an SFJ operative.

Arora said Singh hails from Daftari Wala Burar village in Patiala district and was out on bail in a case registered in Rajasthan.

A preliminary investigation has revealed that Singh was contacted by Javed Khan Wazir, a suspected Pakistani intelligence officer, in July 2018 and was introduced to a Pakistani Sikh, the DGP said.

Singh was then introduced to Nihal Singh, who identified himself to him as an SFJ operative, Arora said.

Nihal and Wazir communicated regularly with Singh and used to incite him to indulge in arson, he said adding they asked him to record his acts of arson and share with them the videos with details of news reports about the incidents.

Wazir shared the logo and name of "Khalistan Gadar Force" with Singh and asked him to get letter pads printed to use them for issuing statements claiming acts of arson, the DGP said.

Singh and his handlers created a Facebook page in the name of "Khalistan Gadar Force", he said.

Wazir asked Singh to carry out targeted killings and also promised him Rs 10 lakh for each act of violence, he said.

In the second week of October 2018, Singh was asked by his handlers to procure a new phone and install a new messaging application for further communication, the DGP said.

Around October 24, a pistol and grenade were delivered to Singh, the DGP said.