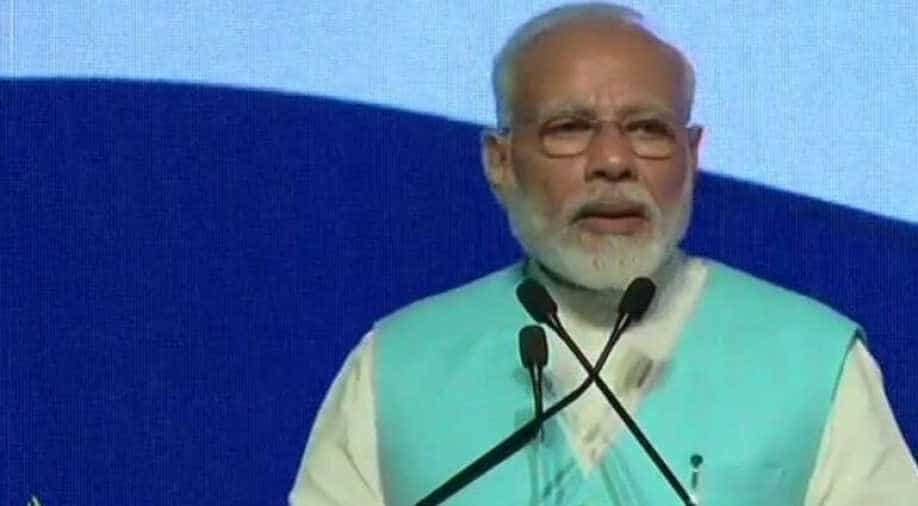 Arjan Singh is an icon of Indian military history and the best remembered for providing excellent leadership to a young IAF during the 1965 war.

Prime Minister Narendra Modi on Wednesday released a commemorative stamp in honour of Marshal of the Indian Air Force late Arjan Singh at an event here.

"This year we mark the birth centenary of Marshal of the Indian Air Force Arjan Singh DFC. As a tribute to his exemplary service to our nation, a stamp was released. May his courage keep motivating the people of our nation for years to come," tweeted PM Modi after attending the Air Force at-home reception.

The commemorative stamp was launched during Prime Minister Modi's visit to the IAF exhibition on 'Self Reliance Through Innovation and Indigenisation' at Air Force Chief RKS Bhadauria's residence.

Arjan Singh is an icon of Indian military history and the best remembered for providing excellent leadership to a young IAF during the 1965 war.

He served as the Chief of Air Staff from August 1964 to July 1969. Even after retirement, he continued to serve in various positions including India's Ambassador to several countries.

Government of India designated him as the Marshal of the Air Force in January 2002. He remains the only officer of the IAF to be given a Five-Star rank.

COVID-19: Maharashtra records highest one day toll as cases rise to over 62,000