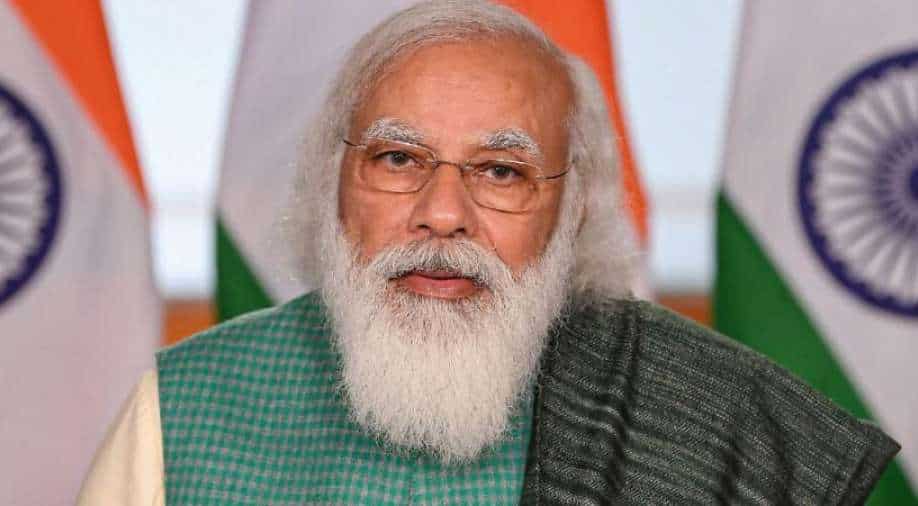 On the occasion, Modi reiterated his call for an 'Aatmanirbhar Bharat' and strong India, saying the COVID-19 crisis may have slowed its pace but our resolve remains the same.

Prime Minister Narendra Modi on Friday lauded Indian scientists developing a made-in-India vaccine against COVID and boosting other measures to fight the pandemic within a year of its outbreak.

Addressing a meeting of the Council of Scientific and Industrial Research (CSIR) Society via video conferencing, he cited India's experience in the previous century to say that it used to wait for years to lay its hands on innovations achieved abroad, but its scientists are now working shoulder to shoulder with their counterparts outside.

They are working at the same quick pace, he said. Noting that the world is grappling with the biggest challenge in a century, the prime minister praised the scientific community, saying it is perhaps unprecedented that vaccines were prepared within a year.

On the occasion, Modi reiterated his call for an "Aatmanirbhar Bharat" (Self-reliant) and strong India, saying the COVID-19 crisis may have slowed its pace but our resolve remains the same.

India wants to be self-reliant in a number of sectors, ranging from agriculture to astronomy, disaster management to defence technology, vaccine to virtual reality, and biotechnology to battery technology, he asserted.

He said that India is now showing the way to the world in sustainable development and clean energy, and is playing an important role in progress in other countries with its role in software and satellite development.