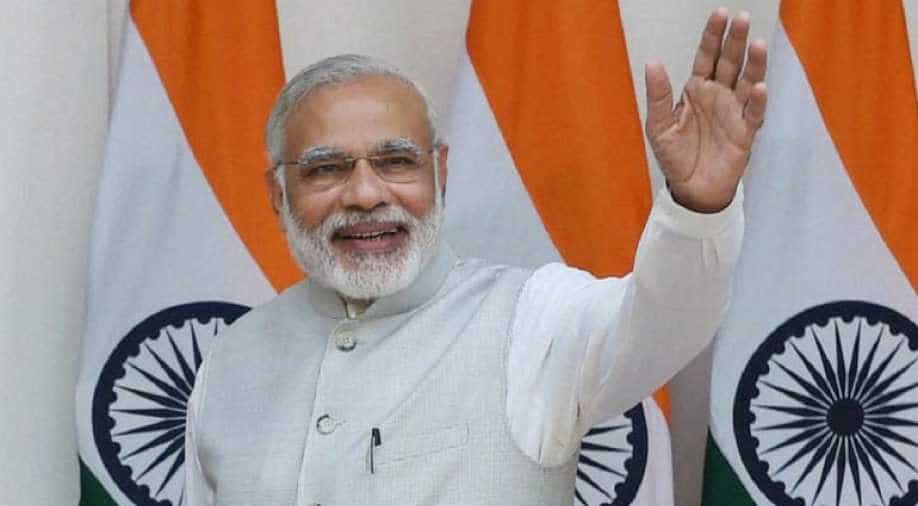 Prime Minister Narendra Modi's exuberance reflected not only during the recently conducted Gujarat and Himachal assembly elections but also seems to have travelled across national borders.

A leading Chinese daily lauded PM Modi's governance, calling him "the most potent weapon in the BJP's armoury".

Xinhua News carried an elaborate piece on the Indian Prime Minister and his governance in the country.

In its 'yearender' piece, published a few days back, Xinhua News talked about PM Modi's significant role in BJP's reign over 19 Indian states.

"A look back at its political battles suggests that this has been the year of "Brand Modi" in politics," noted the piece which was titled as, 'Yearender: Modi wave works magic for India's ruling BJP in 2017'.

The piece also detailed how issues like demonetisation -- for which the Modi regime was heavily criticised -- did little to affect BJP's performance in various assembly elections that followed.

"People voted emphatically for the saffron party, giving it 312 seats. Regional parties like the Bahujan Samaj Party and Samajwadi Party were completely thrown out and caste equations were sent for a toss," the article noted on BJP's impressive win in the Uttar Pradesh assembly elections.

While the piece went on to talk about BJP's gain -- under PM Modi's leadership -- in regions like the Northeast of India, it also alluded to areas where the party needs considerable buckling up -- GST, demonetisation and rural distress.

The Chinese news agency lauded the Indian Prime Minister as a "headstrong taskmaster -- the one who never shies away from making decisive decisions in the national interest."