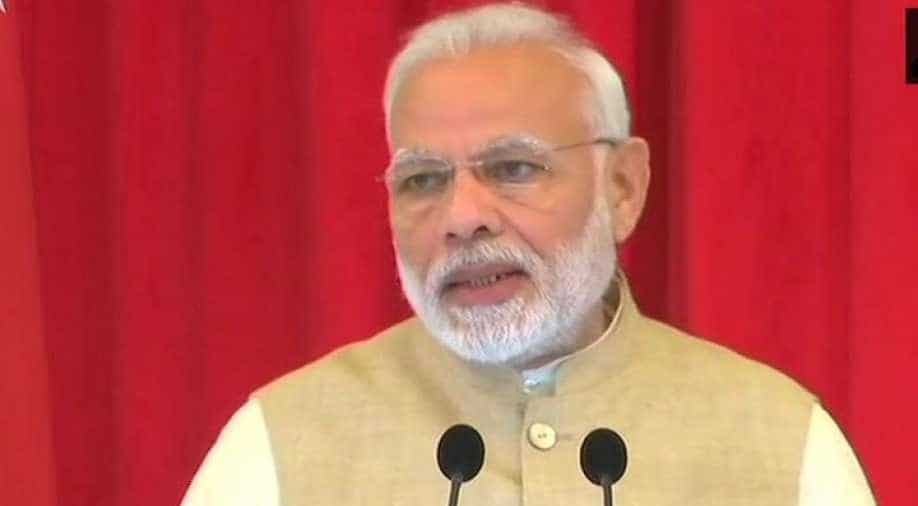 Prime Minister Narendra Modi Sunday hit out at the Mahagatbandhan for the 2019 Lok Sabha polls, saying it was an "unholy alliance" of various political parties for "personal survival".

People will see through the "incoherent alliance of rich dynasties," Modi said during his interaction with booth workers from Chennai Central, Chennai North, Madurai, Tiruchirappally and Tiruvallur constituencies in Tamil Nadu through video conference.

The prime minister recalled that the key constituent of the mega alliance - the Telugu Desam Party-- was formed against the very "high-handedness" of the Congress by the veteran, late chief minister N T Rama Rao but said the party was now keen to join hands with the Congress.

Some parties in the Mahagatbandhan claimed to be inspired by socialist leader Ram Manohar Lohia, but the veteran himself opposed the Congress and its ideologies, Modi said.

While several parties and leaders in the coalition claimed to be deeply inspired by Lohia, he said "was deeply opposed to the Congress," Modi said.

Many leaders in the coalition were "arrested and tortured" during the Emergency, he said without referring to anyone.

The Congress "ecosytem" spared none, he said and pointed out at the dismissal of the AIADMK government of late chief minister MG Ramachandran in 1980 though he had people's support.

Mahagathbandhan is a grand alliance of opposition parties against the BJP for the 2019 Lok Sabha polls.