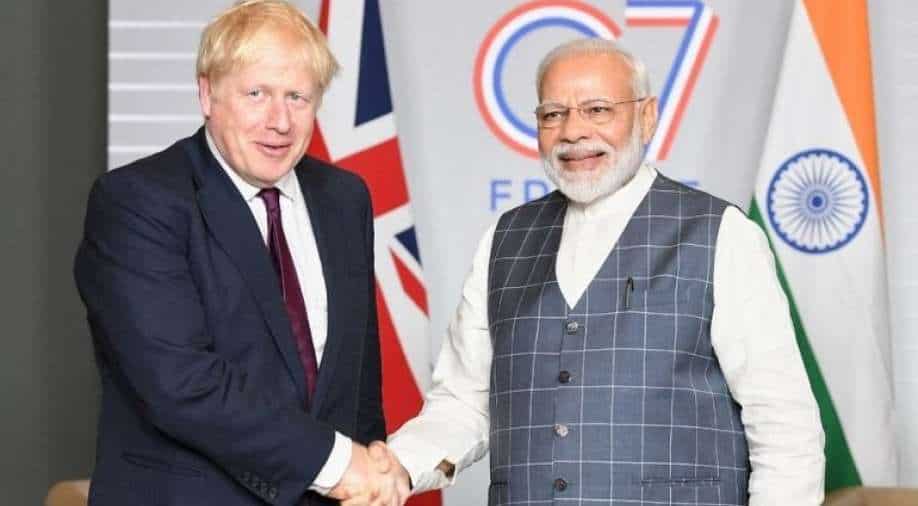 India has been hit hard with the second wave of coronavirus pandemic with the total tally of COVID-19 infections surging to 2,29,92,517
since the pandemic began.

Prime Minister Narendra Modi will not be attending the G7 Summit in Cornwall in the UK next month, the government said today.

The G7 comprises of Canada, France, Germany, Italy, Japan, the United States and UK. The Indian PM was a special invitee at the summit which is due to take place from June 11 to 13.

India has been hit hard with the second wave of coronavirus pandemic with the total tally of COVID-19 infections surging to 2,29,92,517
since the pandemic began.

India has received oxygen concentrators and other medical equipment from several countries including UK, US, Israel as the country grapples with the unprecedented second wave.

Canada on Tuesday said the first consignment of medical aid to India arrived a few days ago with another flight set to get additional supplies in the next couple of days.

"We sent 350 ventilators, 25000 vials of Remdesivir & 1450 oxygen concentrators via Unicef. The outpouring of support and solidarity with people of India in Canada has been special," High Commissioner of Canada to India, Nadir Patel said.

The Canadian government has started off with $10 million donations to Indian Red Cross, Nadir Patel added.

India recorded 3.29 lakh cases in the last 24 including 3,876 fatalities. India's coronavirus tally had crossed the 20-lakh mark on August 7 last year, however, on May 4 this year it crossed the 2 crore mark amid the raging second wave.