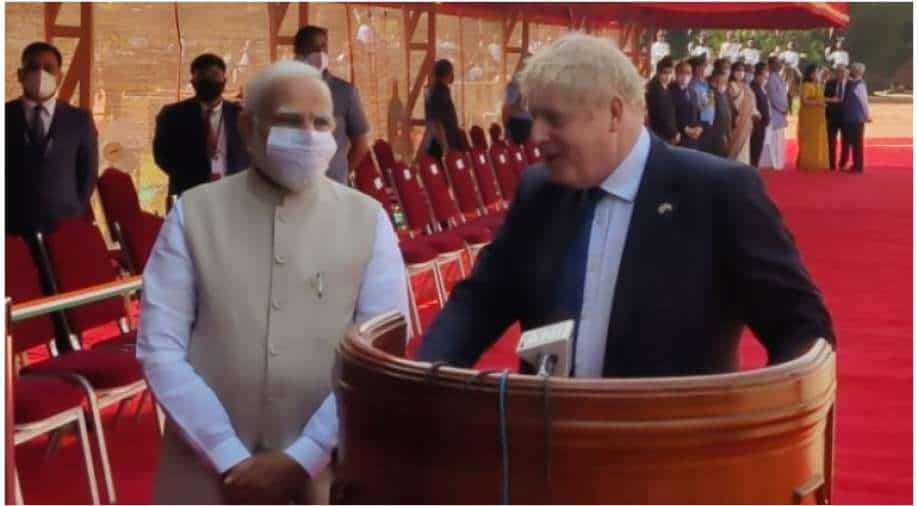 Ahead of the talks, the UK said it will offer India best of British know-how on building battle-winning aircraft

Ahead of the talks, the UK said it will offer India the best of British know-how on building battle-winning aircraft and support the country's requirements for new technology to respond to threats in the Indian Ocean. 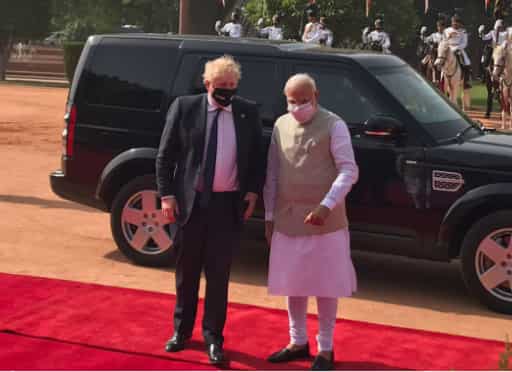 The British High Commission said in a statement that the UK will issue an Open General Export Licence (OGEL) to India. This, said the commission, will cut the delivery period for defence procurement.

British Prime Minister Boris Johnson is on a two-day visit in India. He arrived in the country on April 21.

"The world faces growing threats from autocratic states which seek to undermine democracy, choke off free and fair trade and trample on sovereignty. The UK's partnership with India is a beacon in these stormy seas," Johnson was quoted as saying by the high commission.

"Our collaboration on the issues that matter to both our countries, from climate change to energy security and defence, is of vital importance as we look to the future," he said.

In a tweet, Johnson said he was looking forward to meeting Modi.

"Wonderful to see you, my friend PM @BorisJohnson in India on a long-awaited visit. Look forward to our discussions today," Modi said in a tweet in his response.

"Delighted to call on UK PM @BorisJohnson during his India visit. Discussed our expanding partnership and implementing the #IndiaUK Roadmap 2030," Jaishankar tweeted.

In its statement, the high commission said Johnson will also discuss with Modi new cooperation on clean and renewable energy aimed at supporting New Delhi's energy transition away from imported oil.

Indian institute gives a special diet to mosquitos to keep them healthy. Here's why