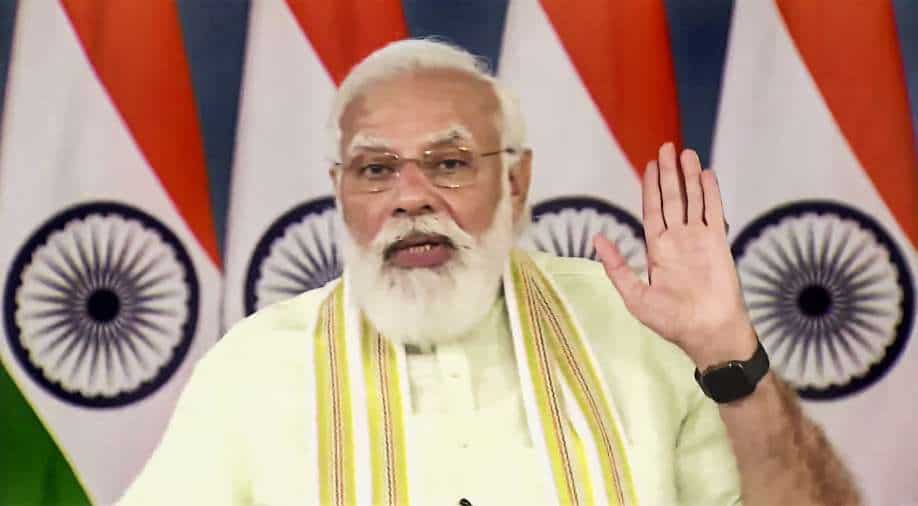 An ardent follower of Mahatma Gandhi’s principles, PM Modi said he makes sure all his decisions benefit the vulnerable population, and not harm them

Indian Prime Minister Narendra Modi has lashed out at the opposition for standing against the pro-farmer reforms.

"If you look at those who are opposing the pro-farmer reforms today, you will see the real meaning of intellectual dishonesty and rajneetik dhokhadhadi," PM Modi said in an interview with 'Open Magazine'.

He also said that those opposing these reforms are the same people who had announced these reforms as part of their election manifestos. "Yet, just because some other political party, blessed by the will of the people, is enacting the same reforms, they have made a complete U-turn and in a brazen display of intellectual dishonesty, completely disregard what will benefit the farmers and only seek what they think will benefit them politically," he said.

However, he also assured that his administration will ensure that farmers all over the country are empowered in every possible way. He has also said that his government is ready to sit with the farmers and discuss their problems to bring out solutions.

"Many meetings have also been held in this regard but no one till now has come up with a specific point of disagreement that we want this to be changed," he said.

An ardent follower of Mahatma Gandhi’s principles, PM Modi said he makes sure all his decisions benefit the vulnerable population, and not harm them.

"While taking decisions, I stop even if the slightest of vested interests is visible to me. The decision should be pure and authentic and if the decision passes through all these tests, then I firmly move forward to implement such a decision," he added.