PM Modi is changing India by vision of his leadership: Benjamin Netanyahu in Ahmedabad 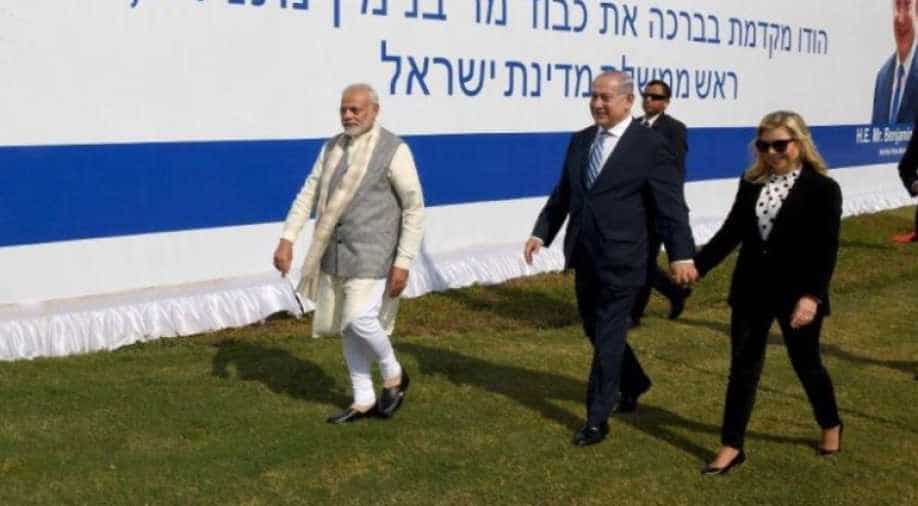 Prime Minister Narendra Modi and his Israeli counterpart Benjamin Netanyahu attended the inauguration of the iCreate centre in Ahmedabad today.

At the event, both the leaders talked about the significance of technology and how it can help in cementing India-Israel ties.

PM Modi noted that technology and innovation can bring India and Israel closer.

"I am pleased that today, in the presence of the Prime Minister of Israel, the country is getting an institution dedicated to innovators," PM Modi noted.

The Prime Minister addressed the youth of the nation and noted that today's youngsters are full of energy and ideas, all they need is a small nudge in the right direction, some mentorship, encouragement and institutional support.

"We are trying to make India an innovation-friendly nation. Intent will lead to innovations and with the power of innovations we will build a new India," PM noted.

PM Modi also noted that during his visit to Israel last year, a gigantic fund worth $40 million was created as a joint-venture between the two countries.

"The fund will help the talent and youth of the two countries in the field of innovation and technology. The joint venture will pay special attention to the area of food, water, diseases and energy," he noted.

"These collaborations between India and Israel are very important for the bright future of both the countries. In the 21st century, both the countries will write new chapters in the history of humanity," noted PM Modi.

Benjamin Netanyahu expressed his delight at being able to attend the event.

"The world knows about iPads and iPods, there is one more 'i' that the world needs to know about, that is iCreate," Netanyahu exclaimed.

"Now, Prime Minister Modi is changing India by the force and vision of his leadership. He is revolutionizing India as one of the world's great power. He and I are both very young and both very optimistic, we are young in our thinking and optimistic about the future," Netanyahu asserted.

Netanyahu and his wife Sara wrote their comments in the visitor's log book at the Sabarmati Ashram where the Israeli PM described his visit as "inspiring".

"An inspiring visit to the hearth of one of humanity's great prophets of inspiration - Mahatma Gandhi," Netanyahu wrote in the book.

The two dignitaries also tried their hands at the 'charkha', the hand spinning wheel which was emblematic of India's quest for self-reliance during the freedom struggle.

"The quest for modernity & innovation is being challenged by radical Islam and its terrorist offshoots, and this can upset the international system. One of the ways to overcome this is to strengthen the relationship between our two great democracies," PM Netanyahu noted earlier yesterday.

PM: The quest for modernity & innovation is being challenged by radical Islam and its terrorist offshoots, and this can upset the international system. One of the ways to overcome this is to strengthen the relationship between our two great democracieshttps://t.co/unt8hbxJ4X