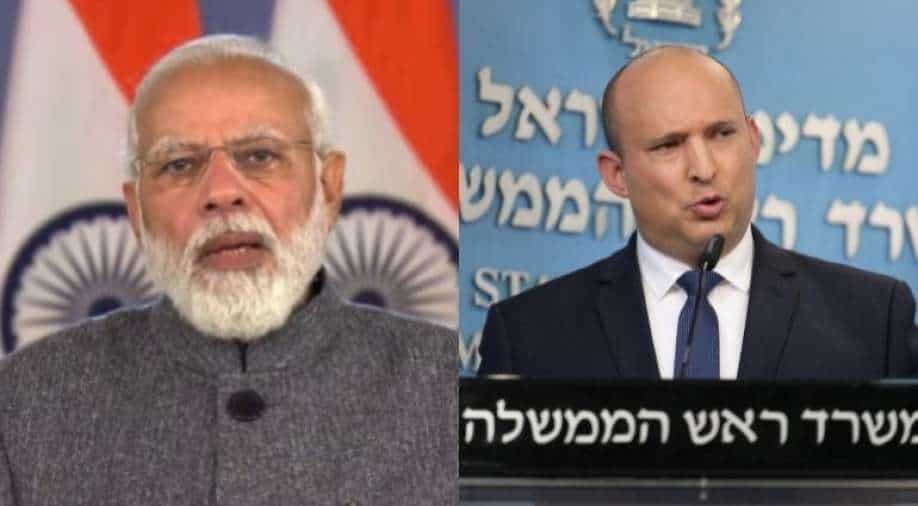 Highlighting the shared special relationship between the two nations, Modi said that cooperation has played a key role in the growth stories of both India and Israel

Prime Minister Narendra Modi on Saturday said that 30 years of establishing full diplomatic relations between India and Israel is very important for both countries.

Highlighting the shared special relationship between the two nations, Modi said that cooperation has played a key role in the growth stories of both India and Israel.

Also read | Iconic buildings to be lit up as India, Israel celebrate 30 years of ties

''In these changing times, the importance of the India-Israel relationship has grown even more. It is a good time for us to set new goals of co-operation,'' he said in an address.

''India celebrated its 75th Republic Day this year and next year Israel will celebrate its 75 independence day. This year both countries are celebrating 30 years of ties,'' he added.

My message on the 30th anniversary of India-Israel full diplomatic relations. https://t.co/86aRvTYCjQ

Earlier, Israel envoy to India Naor Gilon said the 30th anniversary of India-Israel diplomatic ties is a good opportunity to look ahead and shape the next 30 years of relations.

Calling relations between India, Israel as "exceptional", Gilon also hailed Indian soldiers who fought during the first World War as part of the Indian British army, to liberate the area which later became Israel.

To mark the occasion, a commemorative logo has been launched. It features the Star of David and the Ashoka Chakra -- the two symbols that adorn the national flags of both countries.

This special logo symbolises the strong friendship, love and admiration that exists between the people of Israel and the people of India, a statement issued by the Israel Embassy here said.

Israel and India established diplomatic relations on January 29, 1992. Since then, the bilateral relations between both countries have developed into multifaceted strategic partnerships.

Ties between the two countries have grown closer in the seven years since Indian Prime Minister Narendra Modi has been in power, and a number of strategic, military and technology partnerships have been formed during that time.

Last month, the two countries carried out a comprehensive review of their cooperation in an array of areas including defence and security, cyberspace, counter-terrorism and energy.

At a virtual meeting of India-Israel foreign office consultations, the two sides also discussed their respective national approaches to mitigate the impact of COVID-19 pandemic and ongoing collaboration in medical research, the Ministry of External Affairs said.