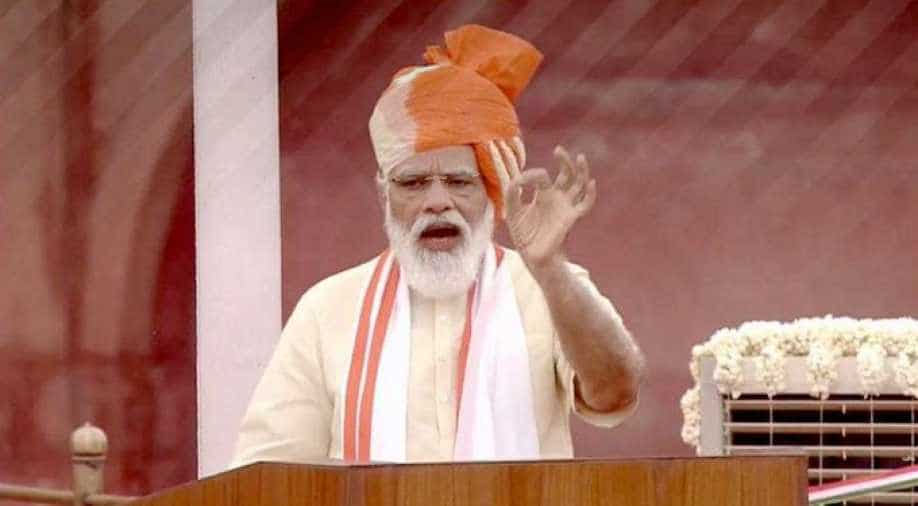 In his address to the nation on the 74th Independence Day, PM Modi also said three coronavirus vaccines were at different stages of trials and a roadmap was ready for production and distribution to every Indian.

Prime Minister Narendra Modi on Saturday announced a National Digital Health Mission that would be conceptualised soon -- according to which every Indian citizen would get a health identity card.

In his address to the nation on the 74th Independence Day, PM Modi also said three coronavirus vaccines were at different stages of trials and a roadmap was ready for production and distribution to every Indian.

"Three vaccines are in different stages of testing. When scientists give the go-ahead, we are ready with a plan for production. How the vaccine will reach every Indian in the least amount of time - we have a roadmap ready for that," the prime minister said.

On the national digital health mission, PM Modi said, "From today, a big campaign is being launched in which technology will play a big role. The National Digital Health Mission is being launched today. This will bring a new revolution in India's health sector and it will help reduce problems in getting treatment with the help of technology."

"Every Indian will be given a health ID. This health ID will work as each Indian's health account," he added.

The prime minister said the Mission will help reduce problems in getting treatment in various health facilities in the country and herald a new revolution in the sector.

Every test, disease and diagnosis, and medical reports along with medicines will be stored in every citizen's health ID. These health issues will be resolved through this National Digital Health Mission, PM Modi said while announcing the scheme.

PM Modi on Saturday delivered his seventh consecutive Independence Day speech from the ramparts of the Red Fort.

He began his speech with a tribute to corona warriors.

"We are passing through strange times. Today, I don't see children here at the Red Fort because of the pandemic we are facing. On behalf of the entire nation, I want to thank the efforts of all corona-warriors. All those healthcare workers, doctors and nurses, who have worked tirelessly to serve the nation," he said.

"In this corona crisis, many families have been affected, many have lost their lives. I know, with the resolve of 130 crore Indians, we will defeat this crisis," PM Modi said.