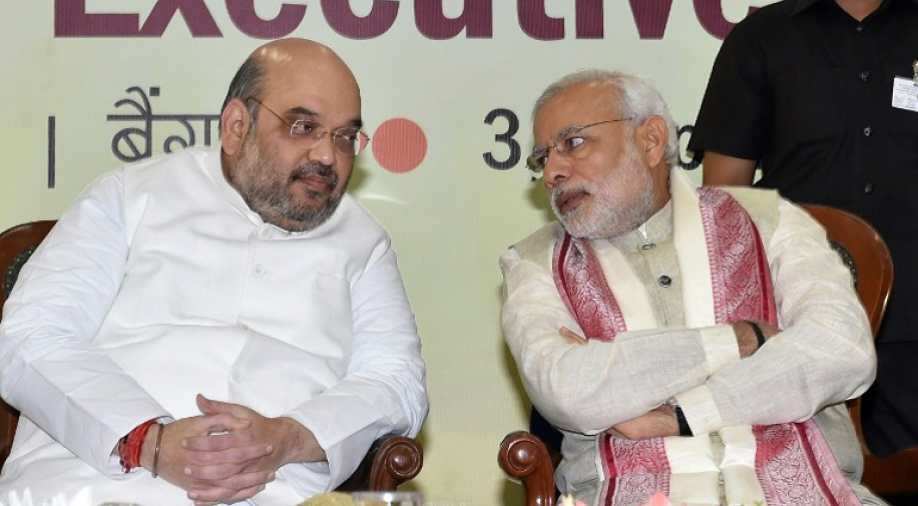 The RTI finds that Rs 263 crore was spent by the PM and his cabinet colleagues on their foreign visits, while Rs 48 crore were spent in their domestic visits.

A Right to Information (RTI) query has revealed that Prime Minister Narendra Modi and his council of ministers incurred an expenditure of Rs 393 crore on foreign and domestic travel in the last five fiscal years.

City-based RTI activist Anil Galgali had filed an RTI query with the PMO seeking the total Foreign Travel Expenses (FTE) and Domestic Travel Expenses (DTE) incurred by the prime minister and his council since May 2014.

In December 2018, the Modi government, replying to queries on foreign travel expenses in Rajya Sabha, had said that an expenditure of over Rs 2,021 crore was incurred on chartered flights, maintenance of aircraft and hotline facilities during Modi's visits to foreign countries since June 2014.

The RTI filed by Galgali finds that Rs 263 crore was spent by the PM and his cabinet colleagues on their foreign visits, while Rs 48 crore were spent in their domestic visits.

As far as ministers of state are concerned, the RTI reply states that they incurred expenses of Rs 29 crore on foreign visits and Rs 53 crore on domestic visits.

Replying to his query, Satish Goyal, the senior accounts officer of Pay and Account Office of the Cabinet Affairs, has stated that cumulative expenditure incurred on FTE and DTE by the PM and the ministers from the financial year 2014-15 to 2018-19 was Rs 393.58 crore.

Citing e-lekha reports, Goyal gave separate expenditures of the cabinet ministers, the prime minister and the ministers of state.

According to the RTI reply, cabinet ministers and the prime minister spent Rs 311 crore, while ministers of state spent Rs 82 crores on their foreign and domestic visits.

A major chunk of expenses was incurred in the year 2014-15 when Rs 88 crore was spent on foreign travels by the prime minister and his cabinet colleagues.

Galgali asked why all details were not kept separately and termed it a "lack of transparency".

"This information on travel expenditure does not give the full picture and therefore, it is a lack of transparency. The government should keep all records of each minister and their numbers of trips and their expenses and all this information should be available in public domain."

Replying to Galgali's previous RTI query, the Prime Minister's Office (PMO) had said that it does not keep records of the expenses incurred on the domestic visits of the prime minister exclusively.

Praveen Kumar, Under Secretary and the Central Public Information Officer of the PMO, had replied that the MPs' domestic visits are organised by the different public authorities and documentation of the expenses incurred on the PM's domestic visits is not part of the records and information maintained.

Kumar also said that the prime minister's tours related to poll campaigns are not official ones and the PMO does not have to incur any expenditure on them, therefore, the details cannot be provided.