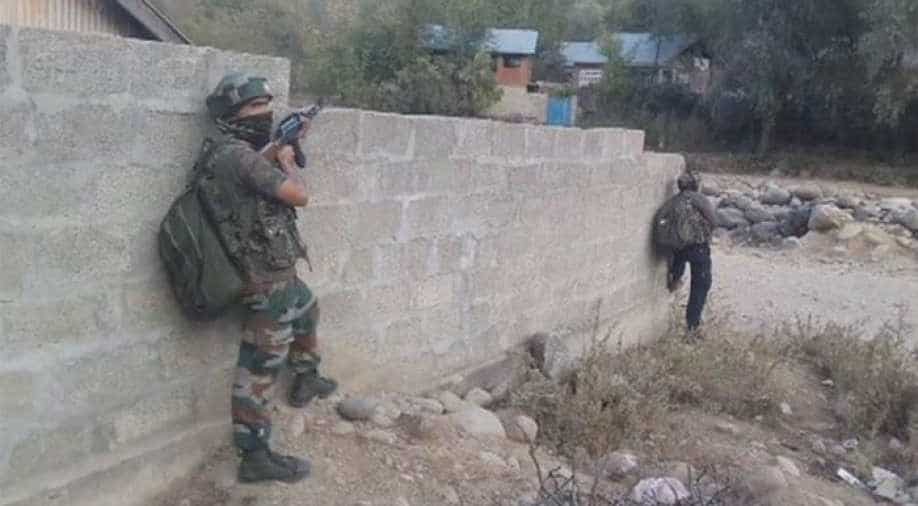 The shelling began hours after the Indian Air Force carried out air strikes targetting terror launch pads in Pakistan's Balakot and eliminating a “large number” of terrorists, including top commanders of the terror group which attacked the CRPF convoy in Pulwama 12 days back

Pakistan on Tuesday violated ceasefire as they resorted to heavy shelling at around 12 to 15 places along the Line of Control (LoC), leaving five Indian Army personnel injured.

The shelling began hours after the Indian Air Force carried out airstrikes targeting terror launch pads in Pakistan's Balakot and eliminating a “large number” of terrorists, including top commanders of the terror group which attacked the CRPF convoy in Pulwama 12 days back.

As per the Indian Army, retaliatory firing resulted in severe destruction and a number of casualties to Pakistan Army personnel.

Pakistani troops were seen firing mortars and missiles from civilian houses, using villagers as human shields. However, the Indian Army targeted Pakistani posts away from civilian localities, the Army said.

Among the five soldiers who suffered injuries, two of them were evacuated to Military Hospital for medical treatment. Their condition is said to be stable.

In a swift operation launched at around 3.30 am on Tuesday and completed within minutes, 12 Mirage-2000 fighter jets pounded the training centre, housing around 300 terrorists, in Balakot area of Khyber Pakhtunkhwa province with six bombs, while SU-30 combat aircraft maintained air superiority to ward off any retaliation by the Pakistan Air Force, sources said.

The camp, located in a forest area atop a hill, was headed by Jaish-e-Mohammed chief Masood Azhar’s brother-in-law Yusuf Azhar alias Ustad Gauri, who was involved in the 1999 hijack of Indian Airlines plane IC-814 and was on Interpol lookout notice since 2000.

A large number of JeM terrorists, including top commanders, trainers and those terrorists who were to be the ‘fidayeen’ (suicide attackers) were eliminated in the “non-military” air strike, India's Foreign Secretary Vijay Gokhale told media while officially disclosing information about the air strike, hours after the action.

Later, the Prime Minister chaired a meeting of the Cabinet Committee on Security (CCS) which took stock of the situation arising out of the action.

Intelligence sources said the IAF demolished the entire terror set up at the suicide bombing training centre in Balakot and over 300 terrorists were targeted.

Among the targets were Maulana Ammar, who is associated with Afghanistan and Kashmir operations, and Maulana Talha Saif, brother of Maulana Masood Azhar and head of suicide bomber preparation wing, the intelligence sources said.

Pictures provided by the Intelligence sources showed flags of the United States, United Kingdom, and Israel painted on staircases at the camp.