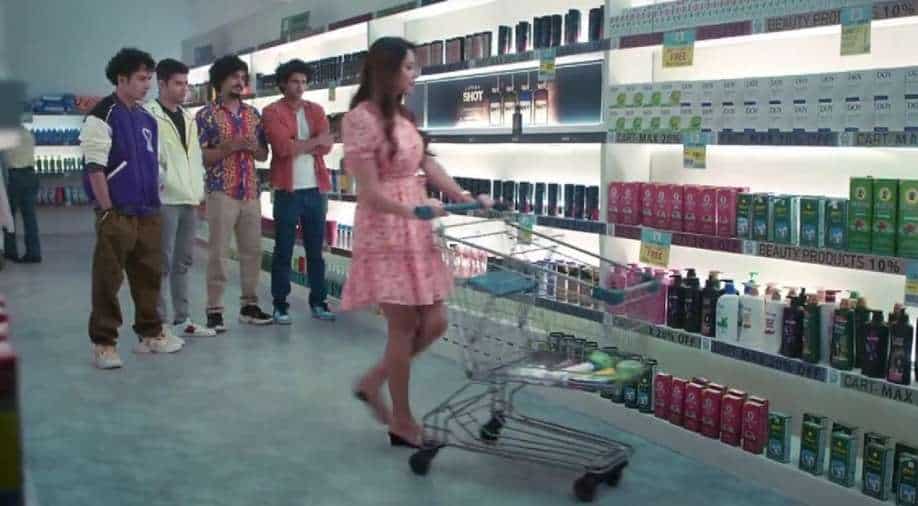 Screengrab of the controversial ad by Layer'r Photograph:( Agencies )

Several people turned to social media to voice their outrage against two advertisements by Layer'r Shot perfume that sought to promote sexual violence against women.

The first ad shows a group of men standing behind a woman at a grocery store saying, “There are four of us, but there's only one, who will get a shot”.

Overhearing the conversation, the woman turns around in anger and fear when the ad reveals that they were discussing the last remaining bottle of the body spray.

The second advert takes a step further by showing a girl sitting with a boy in a room when suddenly four boys barge in and ask a crass question, ‘you have taken a shot, it seems”, leaving the girl shocked. One of the men then proceeds to take the 'Shot' perfume kept on a table, hinting they were talking about the spray the whole time.

It was the second ad that triggered massive anger with many saying that it promoted ‘rape culture'.

There are cringe ads, offensive ads, bigoted ads. But that Layer Shot ad is so fucking scary, I think most women raised in India esp Delhi-NCR will feel that sick bile of fear when they see a woman being surrounded by a group of men joking about assault. WTFx10000

I just watched the layer shot ad and it's fucking baffling to me how during the ENTIRE, quite lengthy process of production of a piece of media like that no one NO ONE from the entire team realized that there may be something wrong with it

Following the outrage, advertisement sector regulator ASCI the controversial advertisements saying that it "was potentially in serious violation" of its code.

"The said ad is in potential violation of ASCI's chapter II, which states that advertisements should contain nothing indecent, vulgar, especially in the depiction of women, or nothing repulsive which is likely, in the light of generally prevailing standards of decency and propriety, to cause grave and widespread offence," said a statement from ASCI.

The Information and Broadcast Ministry has asked Twitter and YouTube to remove from their social media platforms the videos of these advertisements.

In letters to Twitter and YouTube, the ministry said that the videos were "detrimental to the portrayal of women in the interest of decency and morality" and in violation of the Information Technology (Intermediary Guidelines and Digital Media Ethics Code).

The ASCI said that it's Consumer Complaints Council shall adjudicate whether or not the advertisement is in breach of the code and pass appropriate order accordingly, after giving a reasonable opportunity of hearing to the advertiser of Layer'r Shot.