Organisations come together to set up eco toilets in UP villages 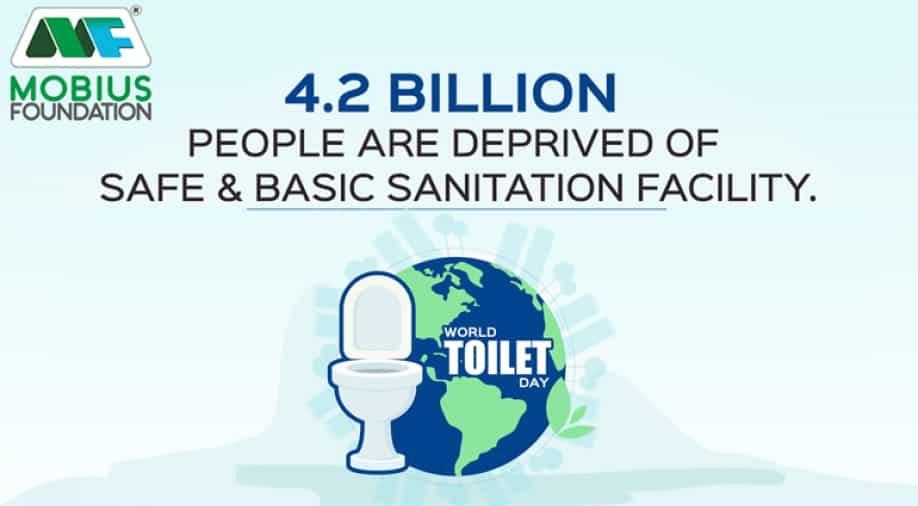 Eco toilets are a low-cost option for ensuring hygienic sanitation. Photograph:( Others )

The foundation has funded Marta, who has been working in the villages of UP under ‘Better Village Better World’ project, to set up five demonstration units of eco toilets in Kakrana, Dhaulana and Ghaziabad in October 2018. The foundation has also helped her in Jagatpur village, Uttar Pradesh

In collaboration with ‘Logical Indian’ and Marta Vanduzer Snow, Mobius Foundation has taken several crucial steps to set up eco toilets in the villages of Uttar Pradesh (UP).

The foundation has funded Marta, who has been working in the villages of UP under ‘Better Village Better World’ project, to set up five demonstration units of eco toilets in Kakrana, Dhaulana and Ghaziabad in October 2018. The foundation has also helped her in Jagatpur village, Uttar Pradesh.

Understanding the repercussions of open defecation prevalent in several areas on health, the foundation is looking to come up eco-friendly toilets, which are low-maintenance, safe and hygienic.

If reports are to be believed, nearly 600 million people lack access to adequate sanitation, clean water and proper sewage infrastructure in India. This has led to open defecation and a long list of health and social issues.

Open defecation can be credited to contamination of food and water, transmitting diarrhea-related diseases. It has also been leading to mental and cognitive stunting in young children.

Thus, there is a need to provide low-cost and easy-to-operate alternatives to traditional waste disposal models to the general public. It is highly crucial for the success of the initiative.

An American native living in India, Marta has built 143 cost-efficient eco toilets so far. These 10-feet-wide toilets are equipped with 122-metre-long permeable roads and French drains that help in rainwater harvesting. A unit can be constructed at a cost of Rs 10,639, while a normal toilet under Swachh Bharat Abhiyan costs Rs 17,000.

In order to bring down the cost of construction of these toilets, broken bricks and recycled materials are used wherever possible, including fly ash bricks and used tires.

The eco toilets are based on the scientific model of evapotranspiration, which is self-cleansing and requires less land.

These green toilets are crucial in generating awareness about sanitation among the masses and gaining community support, realising the ultimate goal of a sustainable India.

These toilets can also be operated at low cost as it only needs the occasional cleaning of the squatting platform. In the unlined twin pit toilet model, the toilet tank is filled with waste and later emptied.

In the general toilets, the opening in the septic tank helps the urine and fecal matter enter the soil, leading to several health issues. Instead, these toilets based on evapotranspiration are self-cleaning and the waste is filtered without human intervention.

These eco toilets are also onsite sanitation systems for chemical and biological treatment, and reuse household black-water. It has been developed and popularised over two decades by permaculture practitioners in several countries, such as the US and Brazil.

The substructure layers of these toilets use anaerobic digestion, capillary action, evaporation and transpiration processes to filter, release and absorb the waste matter. The anaerobic digestion converts a portion of the human excreta into biogas, exiting out the back-standpipe. The digested matter travels up and out through capillary action. The nutrients leave the system by incorporating into the plants’ biomass through mineralisation and absorption through its roots, while evapotranspiration removes the liquid, either transpiring through the plants or evaporating at the surface of the soil.