Opinion: This is why Virat Kohli is named ICC Cricketer of the Year 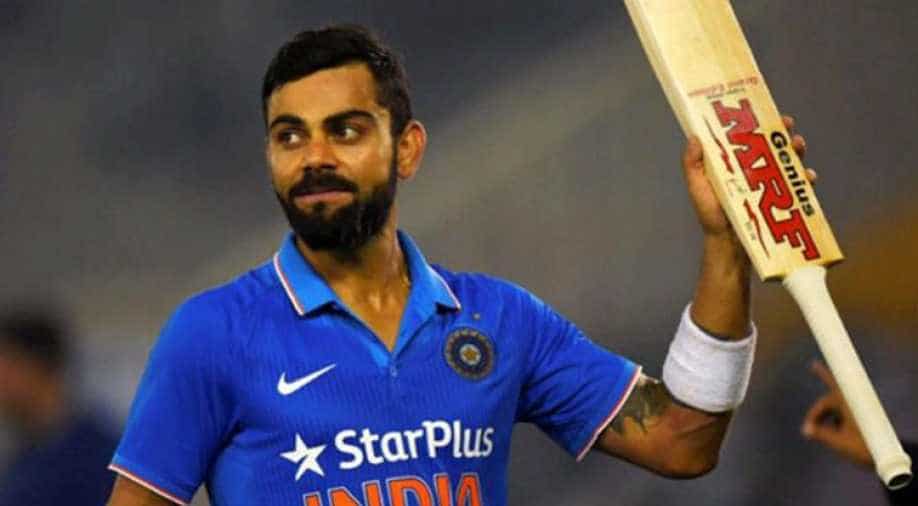 Amidst the gloom that has cast Indian cricket with the demoralising Test series loss to South Africa last evening, there is some ray of sunshine today. In the just-released ICC awards for the period 2016-17, Indian captain Virat Kohli has hit a jackpot and was named both cricketer and captain of the year (for both Tests and ODIs). And if this wasn’t enough, Kohli also clinched the trophy for the ODI player of the year – an award he had won back in 2012.

Given the phenomenal form that Kohli had displayed in the last couple of seasons, the bestowal of this honor hasn’t come as a surprise. The qualification period for these awards was from September 21, 2016 through the end of 2017. In that phase, Kohli amassed a whopping 2,203 Test runs at an average of 77.80 that also included six double-hundreds, 1,818 ODI runs at an average of 82.63 including seven hundreds, and 299 T20I runs at an incredible strike-rate of 153. Clearly, these are astounding numbers and Kohli richly deserved being adjudged the cricketer of the year.

Expectedly, Kohli was felt very much honoured by being conferred with these prestigious awards. “It's probably the biggest award that we have in world cricket," Kohli was quoted as saying to the media. “…I'm really really honoured and I'd like to thank the ICC for recognizing all the hard work that we all put in for our respective sides and I want to congratulate all the other winners also.”

While Kohli the batsman has been astounding, Kohli the captain, too, has blossomed during this phase. He led India to Test series wins over England, Bangladesh, Australia, West Indies, and Sri Lanka (both home and away). In ODIs, too, he has been a very successful leader and took India to series wins against England, West Indies, Australia, New Zealand, and Sri Lanka (both home and away), while also leading the team to the finals of the ICC Champions Trophy in England. Although the loss to South Africa must have come as a blow, that does not take away what Kohli has achieved as a captain in the recent past.

More than the numbers, however, it is Kohli’s unyielding spirit and passion, both as a batsman and a captain, which has come to the fore in this phase. Even on the tough tour to South Africa, where almost every batsman from the team has struggled, Kohli struck that magnificent 153 on an uneven track at Cape Town to show his mettle and class and keep his team in the hunt.

As a captain, Kohli has been fiery and plays only to win. His never-say-die attitude is infectious and is helping the team to keep on fighting. He studies the game well and makes smart, if at times harsh, decisions, which can help his team in pursuit of victory.

There are many experts who have often raised questions about Kohli’s ultra-aggressive behaviour, and have asked him to tone it down. However, his aggressive attitude and zeal to be the best help him stay ahead of the rest. And it is these very traits that allowed him to accumulate those bucketfuls of runs as a batsman and achieve those many victories for his team as a captain.

At just 29 years of age, Kohli already has 53 international hundreds and close to 17,000 international runs to his name. He is an unstoppable force, who keeps improving with every game he plays and shall be considered one of the greatest ever by the time he finishes.

Hence, Virat Kohli truly deserves to be awarded the ICC cricketer and captain of the year and the ICC ODI player of the year. One hopes that these awards will motivate Kohli to keep performing better in the coming days. Because there is no denying that a charged up and in-form Virat Kohli is a great sight for the cricket world.