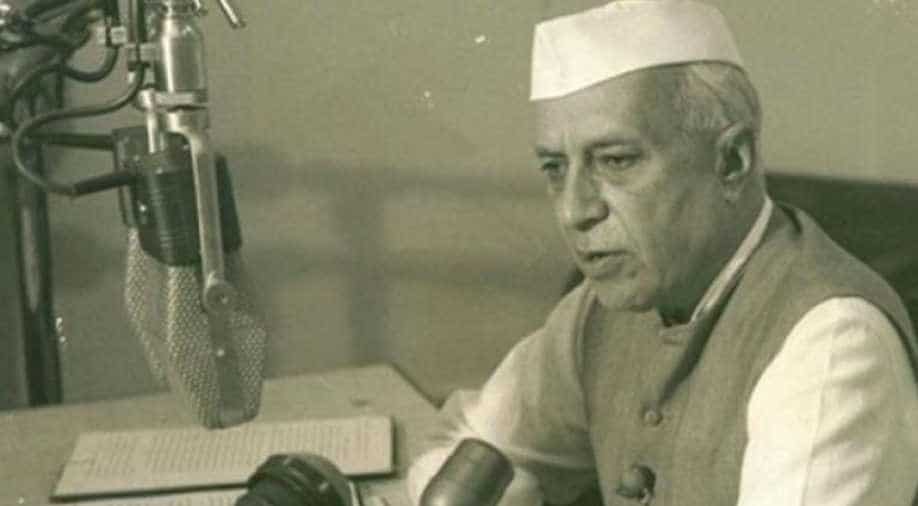 Nehru's contribution to India in the fields of industry, foreign affairs, arts and culture, education and institutional strengthening is immense and enduring.

India’s first Prime Minister Jawahar Lal Nehru has been dead for the last fifty four years. He passed away on May 27, 1964 at his official residence in Delhi. A doyen of the independence movement, Nehru served as the Prime Minister of India for the first 17 years of the Republic.

His contribution to India in the fields of industry, foreign affairs, arts and culture, education and institutional strengthening is so immense and enduring that even more than five decades after his death, Nehru continues to remain in news. Not so much for his achievements, which have increasingly become a topic of dispute between Nehru’s critics and the Congress party.

Dr Manmohan Singh’s letter to Prime Minister Modi is one of the latest attempts by the Congress to emphasise that Nehru’s legacy is above party politics and that it belongs “not just to the Congress” but the “entire nation.”  On the one hand BJP government is building a multi-million dollar statue of Patel in Gujarat, on the other it is proposing to make Nehru’s memorial a shared space for all former Prime Ministers of India.

The Nehru Memorial Museum and Library located near the Parliament used to be residence of the Commander in Chief of the British army. Today its sprawling grounds that house the Nehru Memorial Museum, a medieval hinting lodge built in the reign of Firoz Shah Tuglaq, and the Planetarium. Abutting the old building that was the residence of Nehru is the Library that houses lakhs of books, microfilms, private papers, and photographs.

The library is open to all kinds of bonafide researchers and remains a true safe and liberating space for those seeking to indulge in genuine research. The plan to build more memorials for all previous Prime Ministers of India stands to seriously jeopardise the scholarly environs of the Nehru library.

The tender for the ‘New Museum’ itself says that “the Founders of the NMML decided that as an autonomous organisation it should have three main constituents: a Memorial Museum, a Library and a Centre for research relating to modern Indian History. The Nehru Memorial Museum at the Teen Murti House is a national memorial. Developed primarily as a personalia museum, it seeks to give a glimpse into the life and works of Jawaharlal Nehru, the ideals cherished by him, the great Independence movement of which he was an integral part and a record of the early years of independent India.”

Despite this acknowledgement of the historical purpose of the Nehru Memorial the tender goes on to say that ‘Ministry of Culture, Government of India proposes to set up a modernistic and sui generis museum building dedicated to the ‘PRIME MINISTERS OF INDIA’ in the premises of Nehru Memorial Museum & Library, New Delhi. The New Museum will celebrate, document and disseminate the lives and contributions of all the Prime Ministers of India.”.

By all means all PMs deserve to be commemorated. But, must that be done within the precincts of the memorial that was solely dedicated to Jawaharlal Nehru?

Surely, if there is space for new buildings to come up in the India Gate hexagon grounds, a memorial to all PMs could come up there. If it is to celebrate the legacy of these PMs it is indeed more sensible to make this memorial where there is more footfalls.

Visitors to Teen Murti house or the Nehru Memorial come from all across the country and in and around Delhi. They come as part of school trips and packaged tours. For many of them it’s their first trip to Delhi and perhaps the only for a long time to come. At the memorial they revise their knowledge about the independence moment and gawk at the spartan style of living of India’s first Prime Minister.

They express amazement at the number of books in his personal rooms, the long pens and ink-pots, Nehru’s shervanis and achkans, and hundreds of photos that show the very human side of  the man who served as Prime Minister for the longest time.

NMML’s Director, Shakti Sinha has tried to allay fears expressed by former Prime Minster Dr Manmohan Singh about the government’s unstated policy of ‘obliteration’ of Nehru. Sinha says that they are only to trying to make the memorial ‘Nehru-plus’ and not trying to reduce his importance.

Sinha’s assurances are welcome as it would be the greatest disservice to a Prime Minister who worked ceaselessly till his dying day to build a modern, inclusive and equal India.