In newly-elected Karnataka Assembly, only 7 of 222 MLAs are women 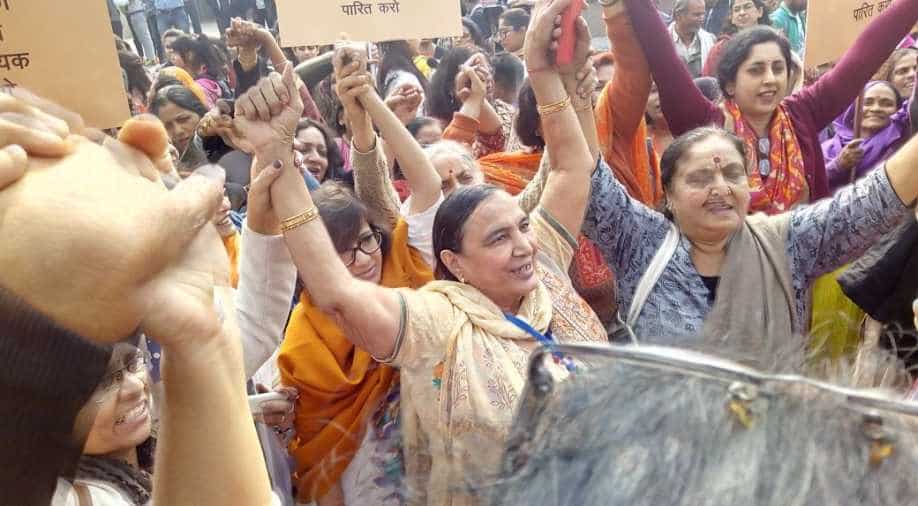 File photo: Women reservation bill seeks to reserve one-third of all seats for women in the Lok Sabha and the state legislative assemblies. Photograph:( Others )

Women representation continued to remain in single digit in the 224-member Karnataka Assembly.

Of the more than 200 women who contested in the Karnataka assembly elections, only seven won.

Of the winners, four were from the Congress and three from the BJP. Political parties in the state had as usual pitched women as being central in their approach to governance. Yet, female candidates comprised barely over 8% of the total number of contestants, and eventually, 3% of the newly elected legislators turned out to be women.

Major parties, like in previous state elections, did not prefer to give tickets to women candidates. While the Congress fielded 15 women candidates, the BJP fielded six, and the Janata Dal-Secular only four.

In 2013, only 29 women were given tickets by the three major parties. The JD-S and Congress allotted just 11 tickets each to women candidates, while the BJP gave to seven.

Sixty-seven women contested as independents. And of the total 175 women who contested, only six had won. According to the Election Commission, the number of women voters has increased to 2.44 crore from 2.13 crore in 2013.