Nitish Kumar sworn in as CM of Bihar for seventh time 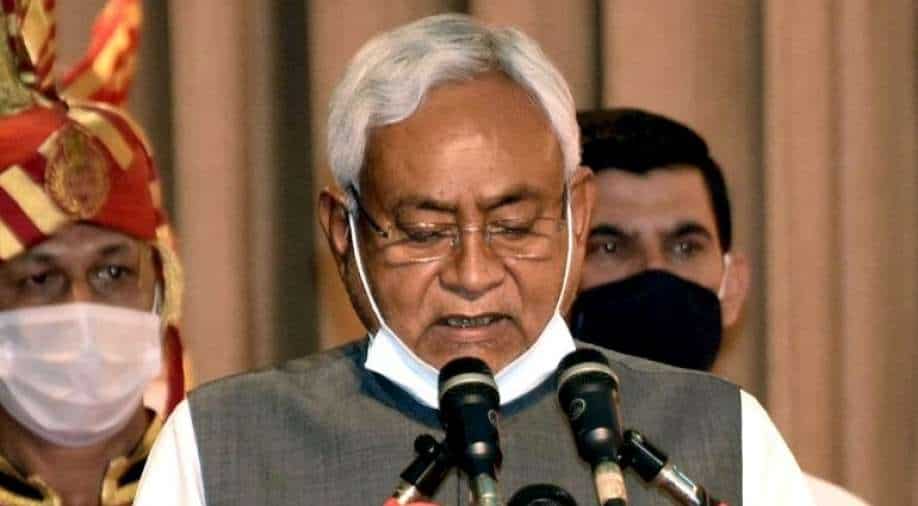 Nitish Kumar on Monday was sworn in as the Chief Minister of Bihar for the seventh time in two decades.

Kumar, who heads the JD(U), was administered the oath of office at Raj Bhavan in Patna by Governor Phagu Chauhan.

BJP's Tarkishore Prasad and Renu Devi, who will most likely become deputy chief ministers of the state, also took the oath.

In the tightly-fought election of the eastern Indian state, NDA won 125 seats in the 243-member house. However, Kumar's JD(U) was able to manage just 43 seats, but its ally BJP managed to win a lion's share, 74 seats.

The main opposition Rashtriya Janata Dal (RJD) boycotted the event, saying the election was rigged and the mandate was against the NDA.

"The RJD boycotts swearing-in ceremony. The mandate for change is against the NDA. The mandate has been changed on the state's directions. Ask the unemployed, farmers, contract workers and employed teachers of Bihar what is going on with them. The public is agitated by the fraud of the NDA," RJD wrote in a tweet.