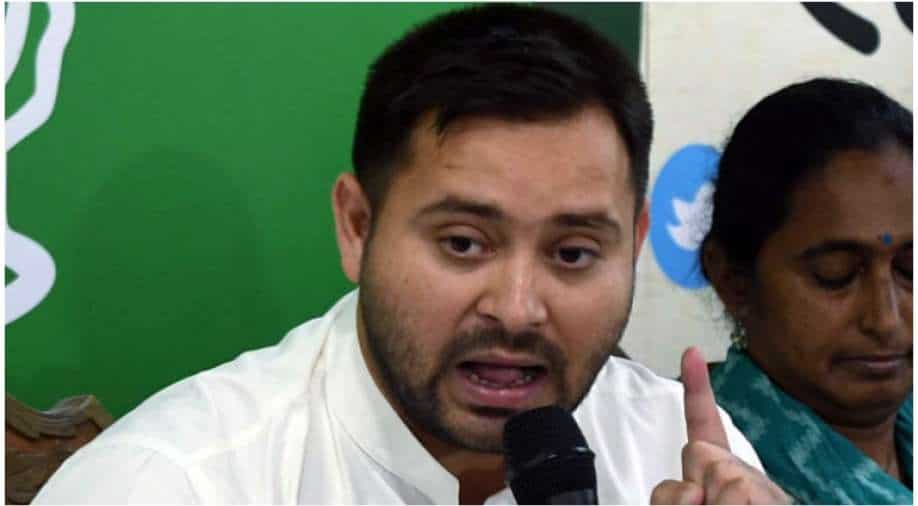 Tejashwi Yadav wondered how could the National Democratic Alliance (NDA) win 15 extra seats with just a wafer-thin margin of just 0.1 per cent votes

Alleging foul play in the just-concluded Bihar elections 2020, Rashtriya Janata Dal (RJD) leader Tejashwi Yadav on Thursday demanded recounting of the postal ballot votes in all those constituencies where they were counted at the end. He wondered how could the National Democratic Alliance (NDA) win 15 extra seats with just a wafer-thin margin of just 0.1 per cent votes.

"The NDA got 37.3 per cent of the total votes, while Mahagathbandan (Grand Alliance) got 37.2 per cent. There is a 0.1 per cent difference. If we convert it into votes then it is a 12,270-vote difference. How can they win 15 seats with just around 12,000 extra votes," Yadav asked, adding that many postal ballot votes were cancelled.

"The postal-ballot votes need to be counted first and videography of the whole process needs to be done. You have to satisfy all the candidates," he said.

He went on to question Chief Minister Nitish Kumar, accusing him of forming the government from the backdoor.

"We lost 20 seats by a wafer-thin margin. In many constituencies, as many as 900 postal ballots were invalidated. I ask the chief minister, who is forming the government from the backdoor, why the postal votes were counted later," he said, adding they would collect proof after the recordings of the vote-counting procedure are out.

In Bihar elections 2020, of the 243 seats, 125 have gone in favour of the ruling coalition NDA, headed by Chief Minister Nitish Kumar, and 110 to the rival Grand Alliance. The Rashtriya Janata Dal emerged as the single-largest party in the House with 75 seats.