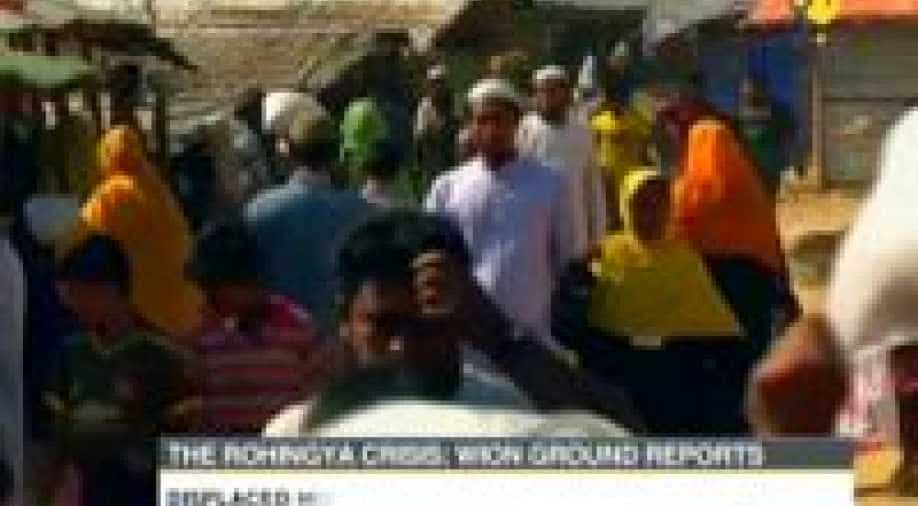 Rohingya refugees, who crossed the border from Myanmar two days before, walk after they received permission from the Bangladeshi army to continue on to the refugee camps, in Palang Khali, near Cox's Bazar, Bangladesh October 19, 2017. Photograph:( Reuters )

Happy Rahul not driven by PM ambitions, party with most seats will claim post: Pawar

Stating that he was "happy" that Rahul Gandhi has made it clear he was not driven by prime ministerial ambitions, NCP chief Sharad Pawar said today the party getting the maximum number of seats after 2019 polls would claim the post.

The RSS is planning on inviting Congress President Rahul Gandhi to an event next month in Delhi, news reports said Monday.&nbspThe reports said the event will look at "The India of the Future", and will be held between September 17 and 19. The reports added that RSS chief Mohan Bhagwat will address the meet.

Myanmar military must be prosecuted for 'genocidal intent': UN

Myanmar's military carried out mass killings and gang rapes of Rohingyas with "genocidal intent" and the commander-in-chief and five generals should be prosecuted for orchestrating the gravest crimes under law, UN investigators said on Monday.

Iran on Monday demanded the UN's top court suspend US nuclear-linked sanctions against Tehran, accusing Washington of plotting its "economic strangulation". The Islamic Republic launched a suit at the International Court of Justice over US President Donald Trump's decision to reimpose the sanctions that had been lifted in a 2015 accord.

Afghanistan officials said on Monday a&nbspTajik or Russian aircraft had bombed a northeastern Afghan border&nbspdistrict during a clash between gunmen and Tajik border guards, but officials in both Tajikistan and Russia denied that they had done so.