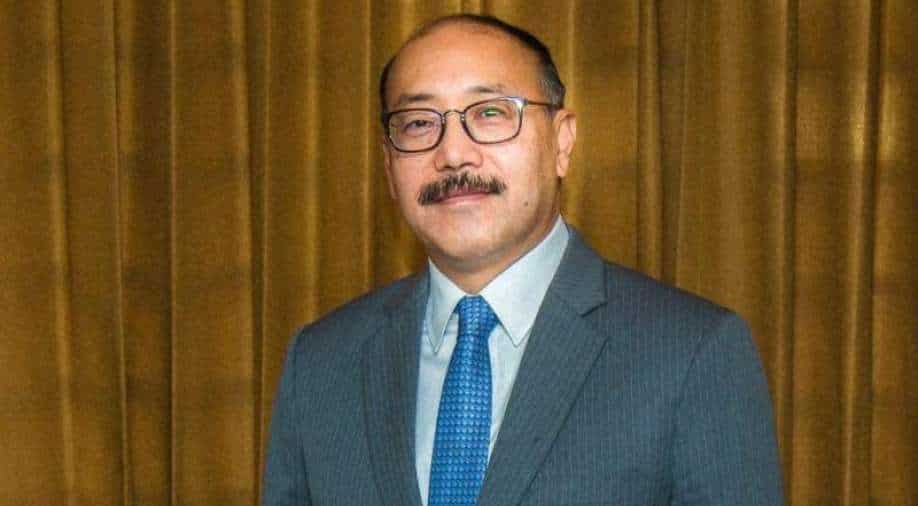 A statement issued by the Indian Embassy in Kathmandu on Friday morning said the high-ranking officials from both sides discussed the boundary issues and exchanged views on completing the boundary work in the remaining segments.

India and Nepal have agreed to step up efforts to advance mutual cooperation as India's foreign secretary Harsh Vardhan Shringla met the country's top leadership and held "productive" talks with his Nepalese counterpart on a range of bilateral issues.

Nepal and India also agreed to complete the remaining segment of boundary work.

A statement issued by the Indian Embassy in Kathmandu on Friday morning said the high-ranking officials from both sides discussed the boundary issues and exchanged views on completing the boundary work in the remaining segments.

In their meeting, the two foreign secretaries discussed and reviewed various aspects of the bilateral ties between the two countries, the Indian Embassy statement said, adding that the diplomats expressed satisfaction at the substantial progress made in different sectors of cooperation despite the constraints of the ongoing Covid-19 pandemic.

The Nepal side appreciated Indian government`s active facilitation in ensuring smooth and unhindered cross-border flow of trade and commerce and active implementation of development projects during this time.

The two sides agreed to maintain the renewed momentum in high-level bilateral engagements and to further strengthen the traditionally close, friendly and multifaceted partnership between the two countries, the statement added.

Shringla also called on President Bidya Devi Bhandari and conveyed greetings on behalf of Indian President Ram Nath Kovind. They discussed the close relationship between both countries and ways to further strengthen it.

The Foreign Secretary conveyed an invitation from External Affairs Minister S Jaishankar to Gyawali to visit India for the next Joint Commission Meeting.

In a separate ceremony following the meeting, Shringla handed over 2,000 vials of remdesivir injection to Gyawali for thr treatment of Covid-19 patients.

This follows on earlier Covid-related support by India to Nepal covering essential medicines, equipment and capacity building since April.

The Indian Foreign Secretary also met Sher Bahadur Deuba, leader of the opposition party and President of Nepali Congress, and discussed wide range of issues including strengthening the Nepal-India ties.

Nepal and India have some old outstanding boundary issues in Susta and Kalapani and a mechanism called Boundary Working Group is working to settle iy and to erect the border pillars since 2014.

A fresh boundary dispute surfaced between the two neighbours after New Delhi published a new map in November 2019 incorporating the disputed territories under its territory.

Countering the Indian decision, Nepal also unveiled a new political map in May this year incorporating the same disputed land under its territory.

Shringla will return to New Delhi on Friday afternoon after completing his two-day visit after inaugurating two India-funded projects in Nepal.