'Never imagined this in my dreams,' says owner of car swallowed by Mumbai sinkhole 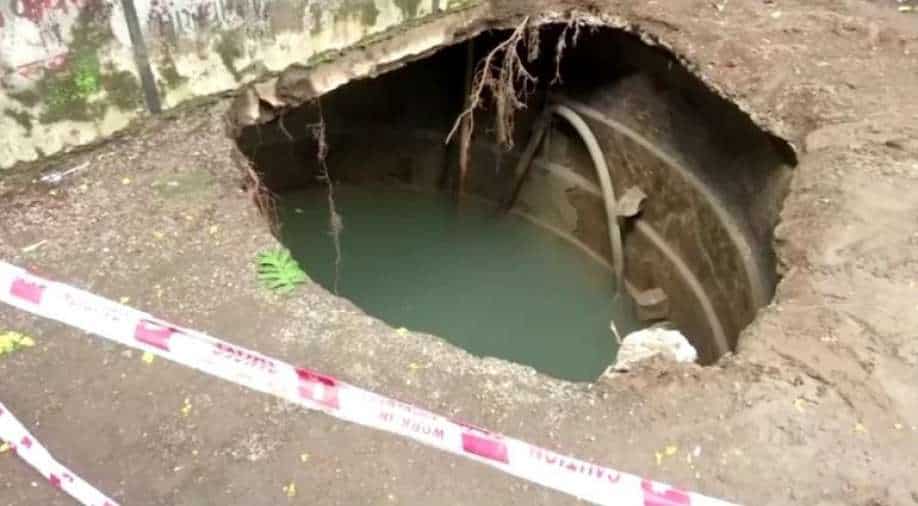 Sinkhole that swallowed up a car in Mumbai Photograph:( ANI )

Dr. Kiran Doshi, owner of the car that was swallowed by a sinkhole in India's western Mumbai city on Monday said he had never imagined in his dreams that such a bizarre incident would occur.

The video of a car sinking into a caved-in portion of a parking lot in the city's Ghatkopar residential society went viral on social media on Sunday (June 13). Authorities recovered the car almost 12 hours after the incident happened.

Doshi said his children rushed down on seeing the car drowning in the sinkhole and his daughter-in-law shot a clip of the incident.

#MumbaiRains
Car swallowed completely by a sinkhole in residential complex in Mumbai.. Later discovered that it was a covered well under a parking lot! pic.twitter.com/nvLct0QqfU

As per media reports, there was a well at the place which the residents covered with a concrete slab and started parking cars over it and the incident occurred due to land subsidence following rain.

Mumbai Traffic Police said ,"There was a well at the place. Some people covered it with concrete slab&started parking cars over it. Incident occurred due to land subsidence following rain. No one injured."

Terrestrial rains often skirt Mumbai, a metropolis of more than 20 million people, every year during the June-September monsoon season, filling potholes and overflowing sewage, triggering road accidents and killing many.