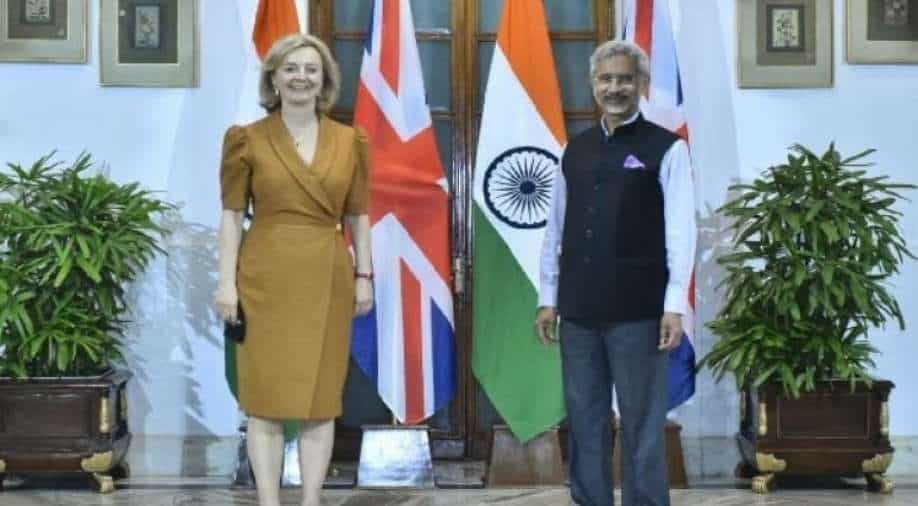 India's External Affairs Minister Jaishankar and the British foreign secretary did a comprehensive review of the bilateral relations, which included gauging the progress of Roadmap 2030 aimed to elevate the India-UK relationship to a Comprehensive Strategic Partnership

India and UK on Friday agreed on the need to ensure that Afghan territory should not be used to threaten or attack any country or to shelter or train terrorists.

A statement issued by External Affairs Ministry said that Mr Jaishankar and Ms Truss discussed regional and international issues of mutual interest while sharing their commitment to a multi-polar world and multilateralism.

"They agreed to strengthen cooperation in West Asia and the Indo-Pacific, on countering terrorism and radical extremism, and addressing emerging challenges in the cyber and space domains," the statement said.

"On Afghanistan, the need for full, safe and unhindered access for humanitarian assistance was discussed, as also the need for Afghan territory not be used to threaten or attack any country or to shelter or train terrorists, or to plan or to finance terrorist attacks," it added.

Both Ministers undertook a detailed review of the Roadmap 2030 launched during the India-UK Virtual Summit held on May 4, 2021.

India and UK Roadmap 2030 aimed to elevate the India-UK relationship to a Comprehensive Strategic Partnership (CSP) and this will also guide cooperation for the next 10 years covering all aspects of our multi-faceted relations.

On October 23, she will be visiting Mumbai where she will participate in business and defence engagements held in connection with the visit of Carrier Strike Group 21 (CSG21) to India. She would also pay her respects at the memorial to honour the victims of the terrorist attack in Mumbai on  November 26, 2008.