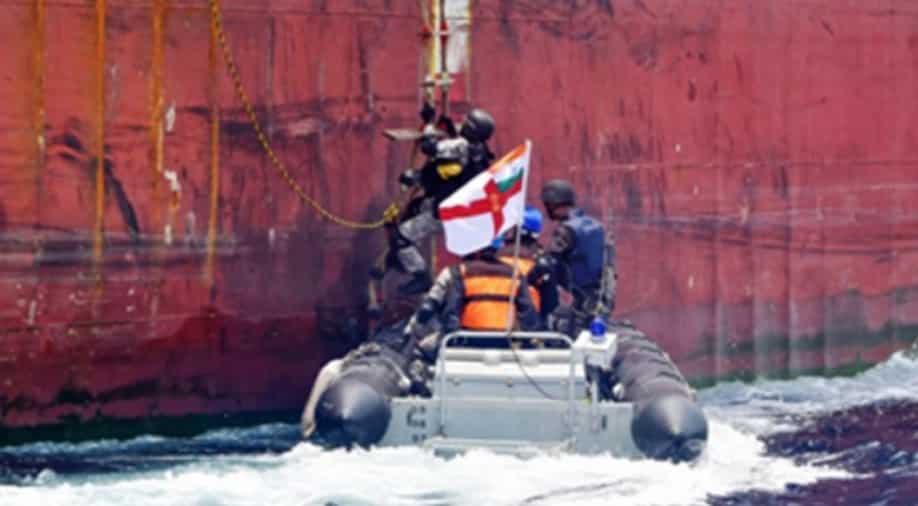 Both the gulfs are busy shipping routes through which international trade occurs, aerial surveillance is also being undertaken by India in the area.

After the Indian Navy launched "Operation Sankalp" in the Gulf of Oman to "reassure" Indian flagged vessels transiting through the region in the wake of US-Iran tensions, Indian Navy MARCOS commandos boarded the oil tankers intent on travelling onboard in order to provide protection to the ships.

India has deployed its ships - INS Chennai and INS Sunayna in the Gulf of Oman and the Persian Gulf - to undertake maritime security operations as tensions in the Gulf ratcheted up after Iran shot down a US drone last week.

DG Shipping had issued two advisories on June 13 and 16 to all Indian flagged vessels operating in the Strait of Hormuz and Persian/ Arabian Gulf region and had advised them to take appropriate protection measures.

Both the gulfs are busy shipping routes through which international trade occurs, aerial surveillance is also being undertaken by India in the area.

Tensions in the Gulf continued to rise nearly a week after Iran shot down a US drone. On Monday, Washington blacklisted Iran's supreme leader Ayatollah Ali Khamenei and top military chiefs asserting that it would also sanction foreign minister Mohammad Javad Zarif.

Iran stuck to its contention that the drone which was downed by its Revolutionary Guard had violated its airspace. Russia, a key ally of Tehran, backed Iran's version of events.

Trump has said he is ready to negotiate with Iran "with no preconditions" and that Iran could have a "phenomenal future".

"We do not ask for conflict," he said, adding that depending on Iran's response, sanctions could end tomorrow or "years from now."