National Register of Citizens: Assam on high alert, CM calls for calm ahead of 'historic moment' 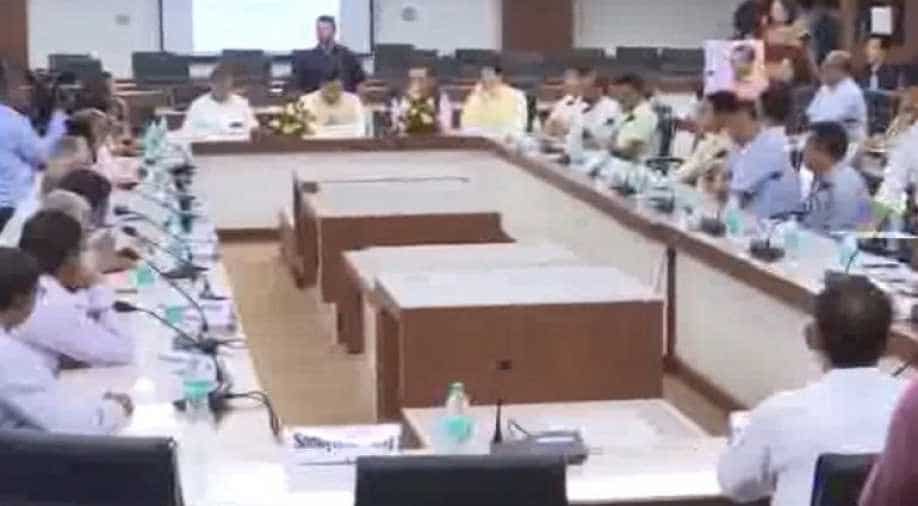 As the final National Register of Citizens (NRC) draft is set to be published today in Assam, the security forces across the state are on high alert while Chief Minister Sarbananda Sonowal in an all-party meeting called it a "historic moment" and requested people to not believe in any rumours, which can incite violence.

The Chief Minister on Sunday chaired an all-party meeting here regarding the security measures taken for Monday's draft, which will be published at 12 pm at all the NRC Sewa Kendras (NSK) across the state.

"I feel that those people, whose name is not included in the list, need not have to worry because they too have a chance with 'claim and objection'," Sonowal said after the meeting.

"People are requested to not believe in any rumours as all of them will be treated as Indian citizens and not foreigners. Nobody needs to go to the detention camp. 55,000 people from the government have been working on this since last few years.

Assam is the first state of India where NRC has been updated. It's a historic moment for the people of Assam. I want to thank them for helping us throughout. In every district, on every circle there will be a control room to help people," he added.

Another meeting of top officials of the security forces was held which was also attended by district magistrates.

"We conducted a meeting with all district magistrates in Guwahati. Our police officers and other security forces who have come from outside, we have made detailed security arrangements. The whole security team has been divided into eight zones and 19 subzones. Adequate forces have been deployed across the state. We don't have any dearth of forces. We are taking full security of the NRC to headquarter in Guwahati," Hiren Nath, Commissioner of Police, Guwahati told ANI.

"We have requested to the government to ensure that no leader tries to make statements which can make the people of Assam feel insecure about their constitutional rights. The government has assured us the same. Also, we want to request to the people do not believe in any rumour and have full faith in the judiciary," Congress leader Apurbo Bhattacharya said.

People, whose names are not included in the final draft, will be provided an adequate time period for claims and objections. Such people will have to apply in prescribed forms in their respective Sewa Kendras.

"Those citizens, whose names are not included in the draft can know the reason behind the same between August 7-30 by visiting their respective centres. After that from August 30 till September 28 people can submit claim and objection forms. Based on the same further enquiry will be done," said Virendra Mittal, Deputy Commissioner of Assam's Kamrup district.

The Ministry of Home Affairs (MHA) on July 25 asked the Assam Government and its neighbouring states to ensure maintenance of law and order in the run-up to and post-publication of the NRC draft.

The Registrar General of India (RGI) has been ordered to use all means of communication including websites, toll-free numbers, SMS etc, to provide information to public about the Draft NRC.

MHA has also advised the Assam Government that no action should be initiated by the administration or the police based on the Draft NRC.