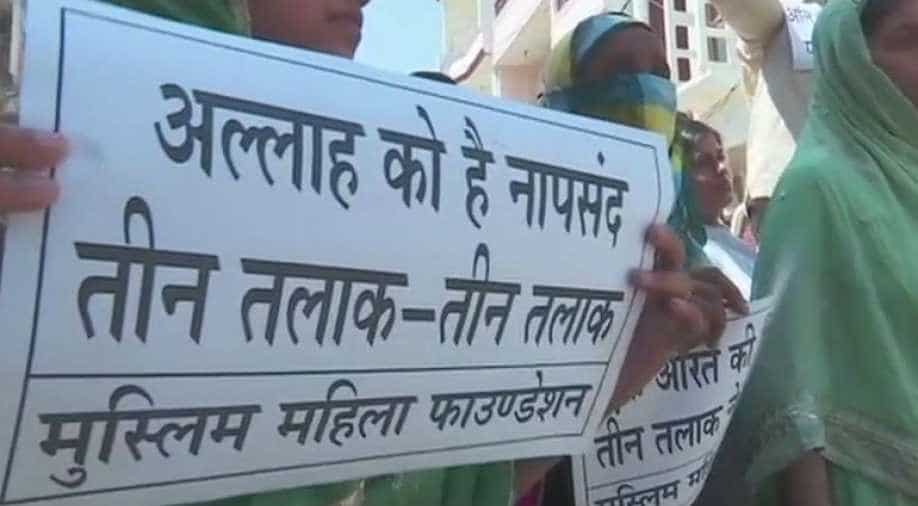 After protest against Triple Talaq Bill was staged in Pune and Rajasthan by Muslim women, women from Varanasi staged a protest demanding the early passage of the Bill.

Varanasi: Muslim women hold protest against #TripleTalaq, demand that the #TripleTalaqBill be passed at the earliest pic.twitter.com/xJHhdslh3B

Earlier this month, the President of All India Muslim Women's Personal Law Board (AIMWPLB) had written to Prime Minister Modi seeking amendments in the Triple Talaq Bill.

Shaista Amber, president of the board said that though they supported the bill, they want an amendment in it.

The members of the All India Muslim Personal Law Board have already expressed their disapproval against the bill calling it defective and destructive for families and women.

The Triple Talaq Bill was cleared in the Parliament in December 2017.