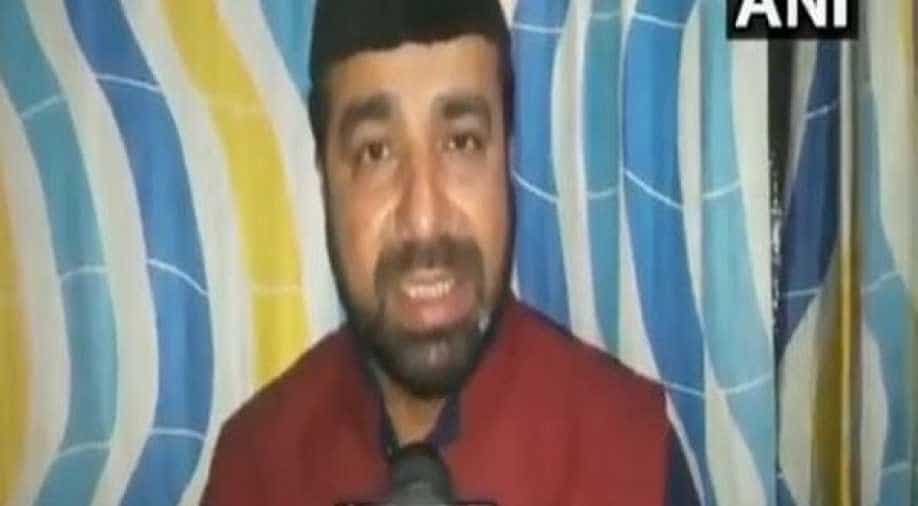 Amidst the row over presence of Muhammad Ali Jinnah's portrait in the student's union office of Aligarh Muslim University (AMU), the national head of All-India Muslim Mahasangh on Friday announced a reward of Rs 1 Lakh for destroying Jinnah's posters.

Speaking to ANI, Farhat Ali Khan said that no organisation in Pakistan must be having photos of Indian leaders who fought for independence, and the vice versa should be followed in India.

"I appeal everyone to tear and burn down posters of Jinnah and people like him. I announce a reward of Rs 1 Lakh cash for the one who burns down the poster," Khan said.

The Muslim Mahasangh chief further stated that Muslims in India hate both Jinnah and Pakistan.

Moreover, Internet services were on Friday suspended in Aligarh district in the wake of unrest in AMU after the Jinnah portrait row.

"There will be no internet services from 2 pm today to 12 midnight tomorrow," district magistrate Chandra Bhushan Singh said.

Bharatiya Janata Party's (BJP) Aligarh MP Satish Gautam was the first to question the portrait's presence in the office, which has been there for decades.

The matter soon escalated as protests took place outside the university campus, followed by clashes between AMU students and the police, on Thursday.