Mumbai: Agitation continues in Aarey as authorities cut down trees 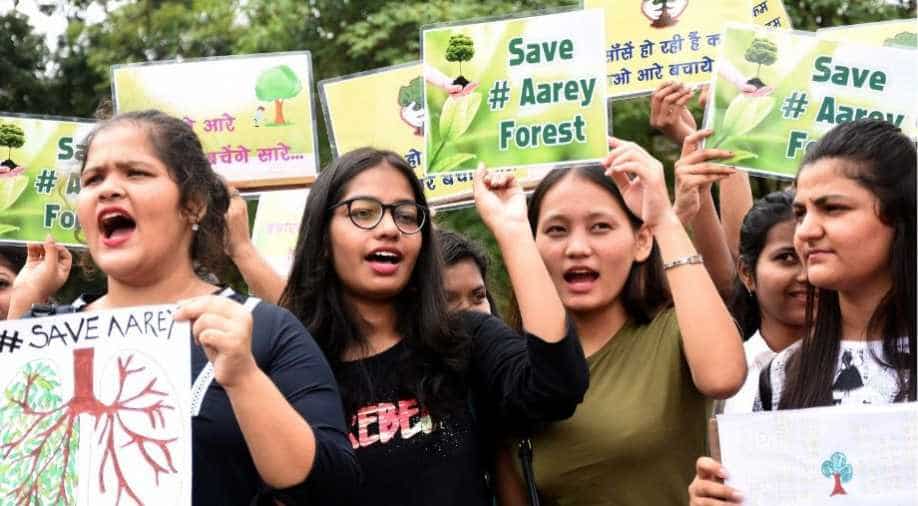 The site also has heavy police deployment as hundreds of people have gathered in the area to stop trees from being hacked.

Protests continued during the wee hours of Saturday as authorities began cutting down trees at Mumbai`s Aarey Colony for a metro car shed, merely hours after the Bombay High Court dismissed all petitions against the move.

"What is the hurry that they are cutting down trees in the middle of the night," one of the protestors said.

Protestors gathered at the spot asking why can`t the authorities wait until a petition can be filed in the Supreme Court regarding the matter.

"It is saddening to see that the trees which provide life to others are being cut. This is happening when the government itself is urging people to plant more trees," another protester, Albert Michel said.

The site also has heavy police deployment as hundreds of people have gathered in the area to stop trees from being hacked.

The Bombay High Court had, on Friday, dismissed all petitions against the proposed cutting down of over 2,500 trees in Aarey Colony of Mumbai to make way for a Metro car shed and refused to declare the colony as a forest.

Scores of locals including environmental activists have been opposing the cutting of trees for the construction of the car shed of the metro station.

They are demanding the relocation of the bus depot, which is a part of the Metro III project.

Several B-town actors and political leaders have also extended their support to activists by participating in the protests against the cutting of trees.Meanwhile, actors like Amitabh Bachchan and Akshay Kumar had supported the Metro project.