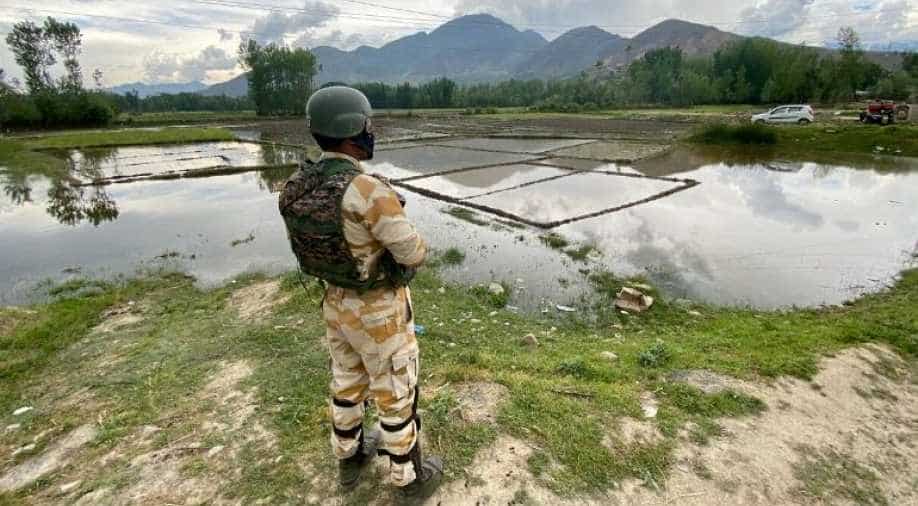 The killing of Kashmir's most wanted terrorist, Riyaz Naikoo, who carried a reward of Rs 12 lakh is being termed by the security forces as a major success in Jammu and Kashmir.

Naikoo, the "operational commander" of banned terror outfit Hizb-ul-Mujahideen, according to police was involved in several terror crimes from abductions of policemen to killings.

The operation which killed Naikoo wasn't easy for the men in uniform. Both human and technical intelligence was gathered and aligned for months altogether.

A special team of Jammu and Kashmir police was formed which was headed by the deputy inspector general south Kashmir range Atul Goyal, who spent years in the NIA, before returning back to JKP cadre. It was under his command and close eye, the operation to kill Naikoo took place, police say.

"For six months, we were generating intelligence (on Naikoo), busted (terrorist) hideouts. We had teams working day and night, even some only slept for 2 to 3 hours and kept tracking overground workers and interrogating them," says Vijay Kumar, Inspector-General of Police, Kashmir.

"On the first day, we found nothing in the same area but the cordon continued and searches too. The next day, terrorists finally opened fire and we retaliated," Vijay says.

Security forces managed to bust a web of hideouts in the area during the operation. As many as six hideouts were busted and in the seventh, Naikoo was found. Police say that there were no tunnels but only hideouts.

"Riyaz would release video and instigate people, he had the power to influence the youth to join terrorism," IG Kashmir said.

In the last four months, security forces have launched 27 anti-terrorist operations in which 64 terrorists have been killed this year which includes Qari Yasir of Jaish-e-Muhammad, Burhan Koka of Ansar Ghazwatul Hind and Riyaz Naikoo of Hizb.

Giving out numbers, police say they have arrested 25 active terrorists and 125 overground workers of terrorists, recently.

Forces say he was the "backbone" of Lashkar-e-Taiba in north Kashmir. J&K police blame Pakistan for creating 'The Resistance Front' (TRF) under international pressure for its activities in the valley.

"TRF claimed all those terrorists who were in our Lashkar list. We have also shut their telegram channel through which they issued statements," Vijar Kumar said.