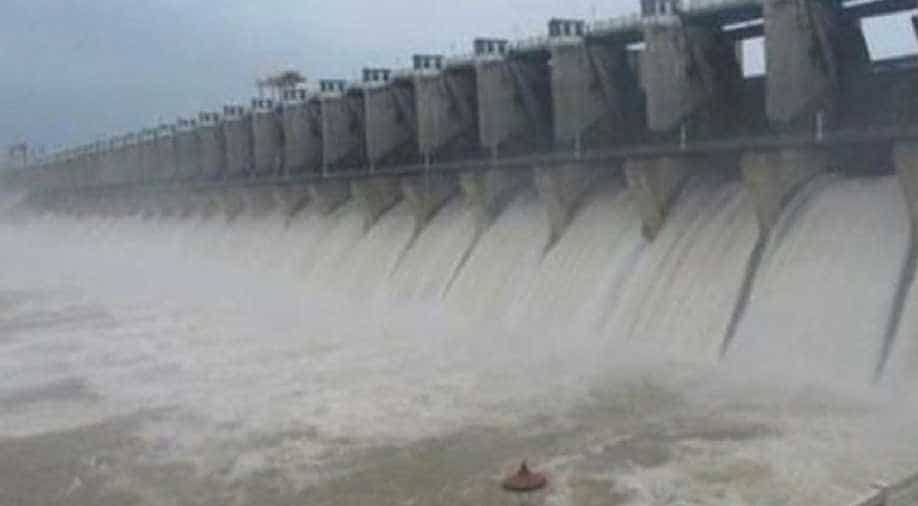 More villages along the banks of the Cauvery in Tamil Nadu were inundated, standing crops submerged and the number of people in relief camps in Tamil Nadu crossed 13,000 today as heavy inflows from Karnataka dams continued, which was being discharged from Mettur dam.

Chief Minister K Palaniswami will visit the affected areas tomorrow and hold a meeting with officials at Erode to review the situation.

Tourism Minister Vellamandi N Natarajan told reporters that an estimated 450 acres of standing crops, including paddy, has been affected in Tiruchirappalli district.

Regions downstream of Mettur dam like Edappadi in Salem too witnessed deluge.

Karungalpalayam in Erode and several regions close to the river banks in delta districts, including Tiruchirappalli too witnessed inundation.

Also, villages off Chidambaram in Cuddalore district saw heavy inundation. Industries Minister M C Sampath inspected the hamlets by going around in a boat along with officials.

The inflows from Karnataka dams was about two lakh cusecs and the same volume was being released from Mettur Dam in Salem district, officials said.

A flood alert has already been sounded in as many as 13 districts, including the southern Madurai and Theni as Periyar and Vaigai dams were witnessing significant inflows.

As many as 13,569 people are now housed in 119 relief centres in Tamil Nadu at districts including Tiruchirappalli and Karur and people living in low lying areas were evacauated from over 1,000 locations, official sources told PTI.

A government release said a crack on the pier of an old abandoned steel bridge over Kollidam River (a branch of Cauvery) in Tiruchirappalli district was "widening" and "sinking," days after the heavy discharge of flood waters.

Meanwhile, speaking to reporters in Tirunelveli, District Collector Shilpa Prabhakar said oxygen cylinders needed for a government medical college hospital in Kerala, milk powder and and baby food items were being dispatched to the neighbouring state.