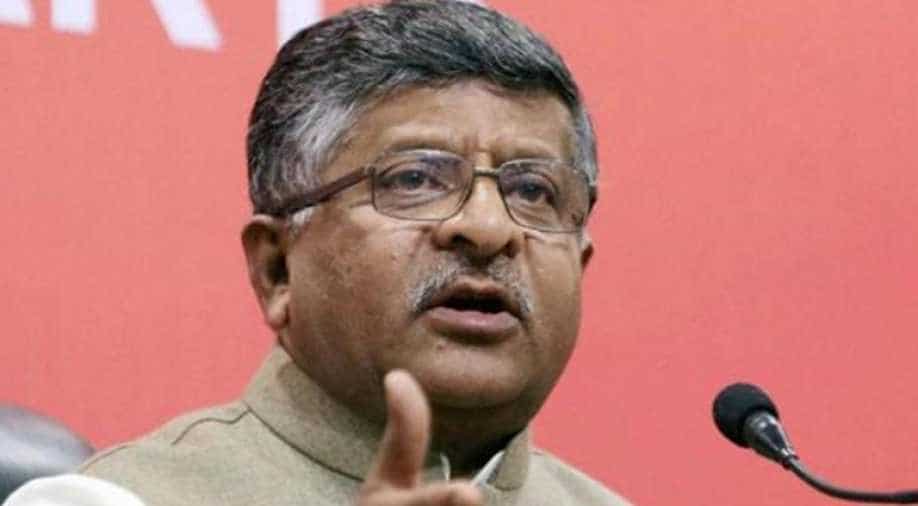 India is seeking to woo global companies looking to diversify their manufacturing beyond China since a trade war and pandemic has brought attention on the risks of supply chain.

Speaking to media, Ministry came out with the Production-Linked Incentive Scheme (PLI) for several Outsourcing and domestic mobile manufacturing companies expressing the government of India's vision on how become global hub of Electronic manufacturing,

Prasad further said "Under the Production-Linked Incentive Scheme, around 22 companies have applied. These companies will produce mobile phone & components in India worth Rs 11.5 lakh crores in the coming 5 yrs out of which products worth Rs 7 lakh crores will be exported.

Also read: How China managed to manipulate opinion pieces in India on coronavirus

"These companies will create 3 lakh direct while close to 9 lakh indirect jobs. The benchmark for international companies was to manufacture mobile phones of worth Rs 15,000 or more Prasad said.

iPhone maker Apple's contract manufacturers, as well as firms like Samsung, Lava and Dixon have already proposed to produce mobile devices and components of over Rs 11 trillion in the next five years under the government's new scheme to boost electronics manufacturing

There has been a lot of debate also circulating in the country about the India's potential to lead the IT manufacturing in the world as well as fullfill the domestic demand at the same time.

When the IT minister was questioned if the scheme is against any particular country? Prasad said "This scheme is not against any country, it is only India positive. I do not wish to take the name of any country. We have got proper rules & regulations with regard to our security, bordering countries, all those compliances are important"

India is seeking to woo global companies looking to diversify their manufacturing beyond China since a trade war and pandemic has brought attention on the risks of supply chain.