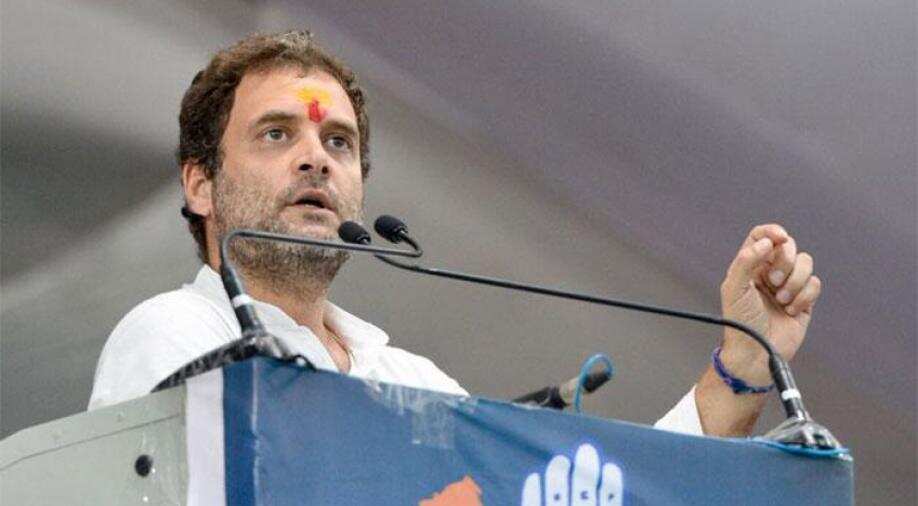 Some of the handles retweeting Rahul Gandhi's tweets do not appear to be human-operated. Photograph:( ANI )

Elections to the Madhya Pradesh Legislative Assembly will be held on 28 November 2018 to elect members of the 230 constituencies.

Congress president Rahul Gandhi on Tuesday mimicked Prime Minister Narendra Modi at his rally in Madhya Pradesh and attacked him on various policies and alleged scams.

While addressing the people at Morena, he said: "When Modiji became the Prime Minister, he said, Mitron....don't make me PM, make me chowkidar. The chowkidar calls people 'Mitron' and to Anil Ambani, he calls Anil bhai."

Gandhi, who is currently in poll-bound Madhya Pradesh for a two-day rally has been attacking the Bharatiya Janata Party (BJP) government over the Rafale deal and scams involving Nirav Modi and Vijay Mallya.

He had made similar statements against Modi earlier, saying that he would address Nirav Modi and Mehul Choksi as "bhai".

Gandhi visited a gurudwara in Gwalior on Tuesday on the second day of campaigning in Madhya Pradesh. He also met Congress cadres in the morning and later paid obeisance at the Data Bandi Chhor Gurudwara, located in the Gwalior Fort.

Gandhi had visited Madhya Pradesh earlier this month as well where he said that Modi government made false promises of turning black money into white and that farmers, Adivasis, Dalits, and minorities are exploited under BJP.

Elections to the Madhya Pradesh Legislative Assembly will be held on 28 November 2018 to elect members of the 230 constituencies.