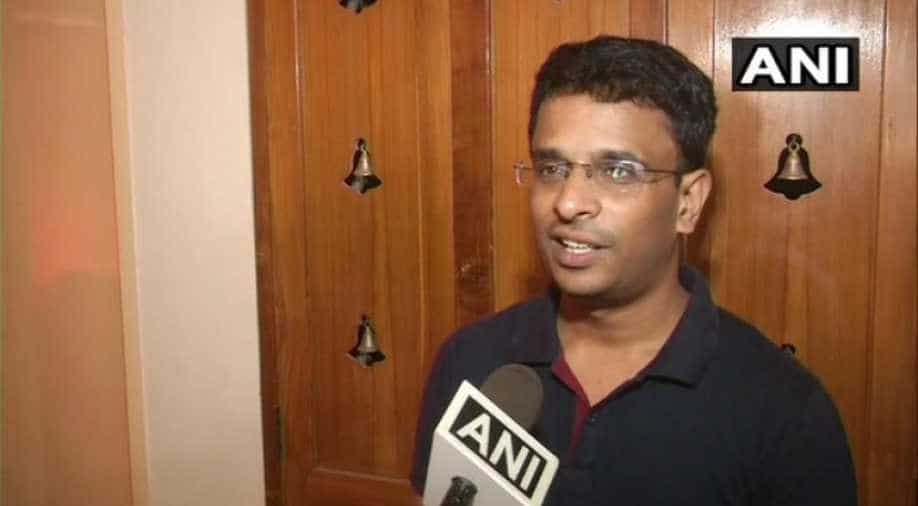 Subramanian tweeted on Tuesday morning that he received a mail from NASA which acknoweledged his help to find out the lander.

NASA early on Tuesday said that it has found the debris of Chandrayaan-2 Vikram lander with the help of its Lunar Reconnaissance Orbiter (LRO). NASA further said that Shanmuga Subramanian contacted the Lunar Reconnaissance Orbiter Camera (LROC) team with a "positive sign" of the lander's debris. The LROC team compared moon's images before and after Vikram lost contact which helped them to locate the lander.

The #Chandrayaan2 Vikram lander has been found by our @NASAMoon mission, the Lunar Reconnaissance Orbiter. See the first mosaic of the impact site https://t.co/GA3JspCNuh pic.twitter.com/jaW5a63sAf

Subramanian tweeted on Tuesday morning that he received a mail from NASA which acknoweledged his help to find out the lander.

The Vikram lander was scheduled to land on Moon on September 7 but ISRO lost contact with lander minutes before the touchdown.

Subramanian said that he used to analyse images released by NASA's LROC to compare moon's earlier images with the ones after Vikram had lost contact.  "I was spending something 8-10 hours each day for four to five hours on that. I stopped my research after I sent the tweet because I knew that this might be the probable debris," he said.

He then shared his results with NASA on October 3.

Subramanian is delighted with NASA's reponse which recognized his efforts.

India's ambitious lunar mission Chandrayaan-2 was launched in July and intended to soft-land on Moon's south pole. The mission was on course for a successful soft-landing when ISRO lost contact with Vikram lander in the last moment.