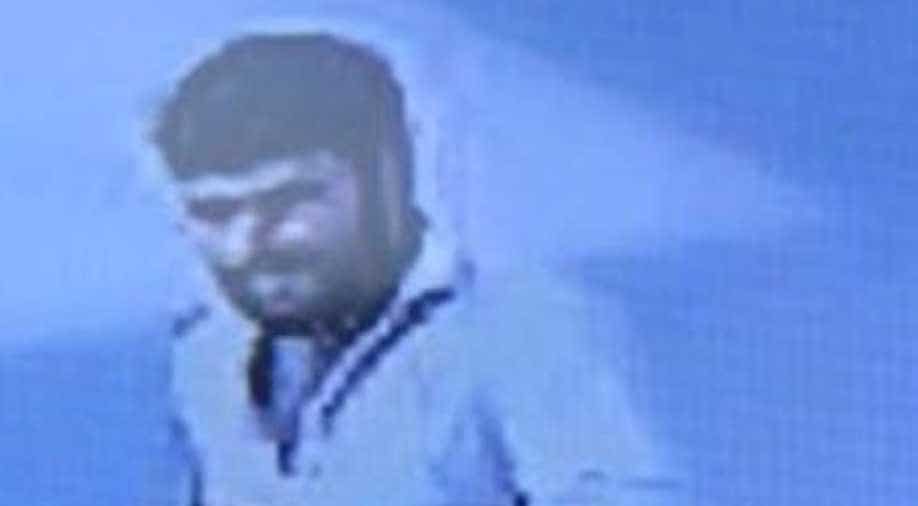 CCTV grap of the man thought to have shot at JNU student Umar Khalid. Photograph:( ANI )

The man suspected to have opened fire at JNU student Umar Khalid on Monday has been caught on CCTV.

The man, seen in the CCTV grab, is wearing jeans, sneakers, and a white shirt.

Umar Khalid had been shot at yesterday near Delhi's Constitution Club. The club is in the heart of the capital, only a stone's throw away from Parliament.

Umar had been scheduled to speak at the club at an event called, ironically, "Freedom from Fear".

He had been having a chai with friends when a man approached him.

News reports said the man tugged at his collar, after which they both fell.

The man then pointed a gun at Umar but pushed him away, as did his friends.

The man then ran away.

"I was returning after having tea. One person came from behind, pushed me down and tried to fire at me. I ran for my life. He fled from there," Khalid told reporters. He said he could not see the face of the attacker.

Nobody was hurt in the incident.

Eyewitnesses had at the time said the man who shot at Umar had been dressed in a white shit and had long hair.

Khalid hit the headlines in 2016 when he and former JNU Students Union president Kanhaiya Kumar along with another student Anirban Bhattacharya were charged with sedition for allegedly raising anti-national slogans during an event on campus to protest the hanging of Parliament attack convict Afzal Guru.