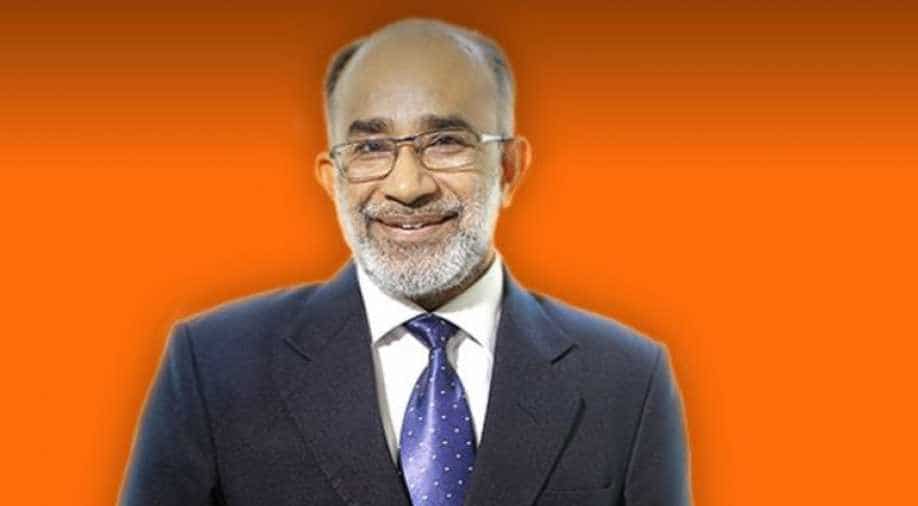 KJ Alphons Kannanthanam (pictured) is a Kerala-cadre IAS officer. He was known as the 'demolition man' during his stint (1992-95) at the Delhi Development Authority for having ordered the razing of thousands of illegal constructions. Photograph:( Facebook )

Union minister KJ Alphons on Thursday on Thursday requested the Centre to make a "one-time exception" to its 14-year policy of not accepting foreign aid in the face of natural calamities for Kerala, news agency PTI reported.

As the row over foreign aid for the flood-ravaged southern state escalated, Alphons earlier in the day said the NDA government had "inherited" the policy of not accepting foreign funds for natural calamities from the previous UPA government, the report added.

He said the Centre's stand on Kerala was a convention "inherited" from previous governments, when during 2004's devastating Tsunami, then prime minister Manmohan Singh had refused aid from foreign countries.

Bureaucrats serving during Singh's tenure as prime minister, however, indicated that the 2004 decision was not cast in stone.

"Kerala has contributed huge amounts of foreign exchange through remittance in the last 50 years. In fact, in the last year itself, it had brought in Rs 75,000 crore. Also, Kerela is the biggest tourist destination in the country and contributes hugely to the economy. For these reasons, as a junior minister, I am appealing to my senior colleagues to make a special consideration for the state. I appeal to them to make a one-time exception to the policy," Alphons was quoted as saying

The minister, who is from Kerala, said there were two lakh families staying in the relief camps and when they return home, they will have no clothes to wear, no food, no utensils, no toilet and no drinking water.

Earlier, among others, Kerala Finance Minister Thomas Isaac had criticised the BJP-led government over the refusal of aid and said Kerala had asked the Centre for a financial support of Rs 2,200 crore, but was granted only Rs 600 crore.

"We make no request to any foreign government but UAE government voluntarily offered Rs 700 crore. No, says Union government, it is below our dignity to accept foreign aid. This is a dog in the manger policy (sic)," Isaac had written on Twitter.
Alphons accused Isaac of playing "misleading politics".

Stating that the Centre's Rs 760-crore aid to the state was for the the immediate rescue-and-relief operations, the Union minister said the due process will be followed in releasing the required funds to Kerala once it assessed the losses it had incurred.

Shivshankar Menon, who was the national security adviser during Singh's tenure as prime minister, tweeted, saying the 2004 decision was "to not accept foreign participation in relief but accept it for long-term rehabilitation case by case".

"No to rescue teams needing hand-holding and interpretation but yes to help rebuilding houses, bridges, roads etc. A way forward for Kerala? (sic)," he tweeted.

Singh's former media adviser and veteran journalist Sanjaya Baru also tweeted, saying the policy of accepting aid only from the US, UK, Japan and Germany was in fact put in place by former prime minister Atal Bihari Vajpayee after 1998.

"One must distinguish between developmental aid and humanitarian assistance. UAE is offering latter.