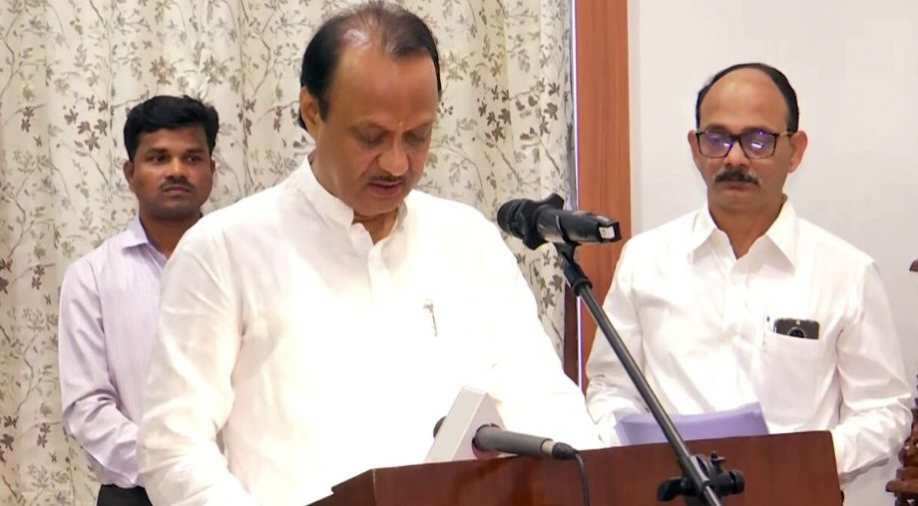 As the Maharashtra Governor Bhagat Singh Koshyari gave his nod to the allocation of portfolios on the recommendation of the state Chief Minister, key Ministries like Finance, Home and Revenue were allocated to lawmakers from Nationalist Congress Party (NCP) and Congress in the Shiv Sena-NCP-Congress alliance government led by Uddhav Thackeray.

Thackeray had on Saturday sent Governor the final list of ministers with the portfolios to be allocated to them for approval following which portfolio distribution in Maharashtra government was announced.

As per the portfolio distribution, NCP's Ajit Pawar who was recently sworn in as Deputy Chief Minister will look after Finance and Planning, Anil Deshmukh will take care of Home department, Jayant Patil will look after Water Resources, Chhagan Bhujbal has been given charge of Food and Supply ministry whereas Nawab Malik is assigned with the charge of Minority welfare.

Among Shiv Sena leaders, first time MLA Aaditya Thackeray, who was also at the forefront of Aarey protest, has been assigned with the responsibility of Environment and Tourism.

Eknath Shinde will look after Urban Development Ministry, Ministry of Industry and Mining and Ministry of Marathi language has been allocated to Subhash Desai, Anil Parab is assigned the Transport department.

The Maharashtra government which was formed after days of deliberations between Congress, NCP and Shiv Sena had its cabinet expansion earlier this week.

On November 28, Uddhav Thackeray took oath as Chief Minister bringing an end to weeks of political instability in the state's politics after Shiv Sena, NCP and Congress stitched a post-poll coalition as Maha Vikas Aghadi.

Along with the Chief Minister six other ministers -- two each from NCP, Congress, and Shiv Sena took the oath of office.

On December 30, a total of 36 leaders from Shiv Sena, Nationalist Congress Party (NCP) and Congress, including Ajit Pawar and Aaditya Thackeray, took oath as ministers in the Maharashtra government.