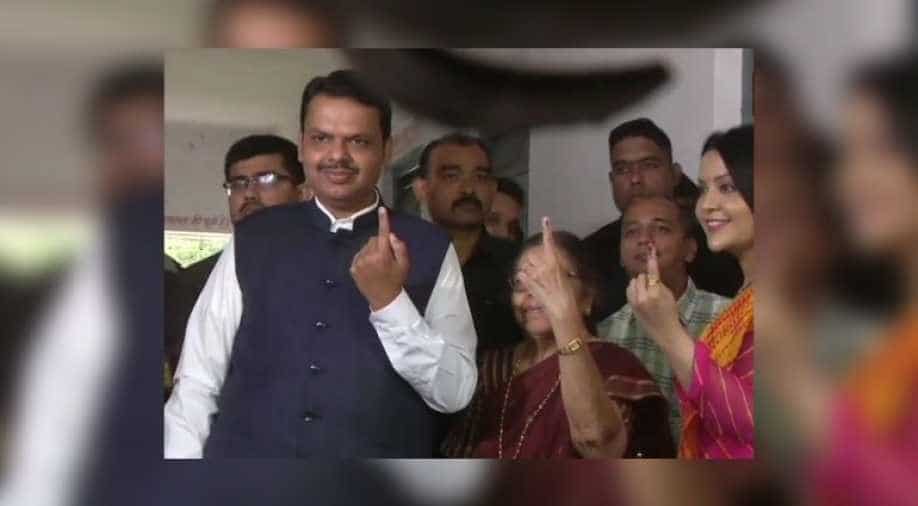 The voter turnout for Maharashtra Assembly constituency stood at 30.89 per cent till 1 pm.

Out of the 288 Assembly constituencies in the state, Armori witnessed the highest voter turnout of 52.89 per cent and Ulhasnagar witnessed the lowest at 15.70 per cent till 1 pm.

Polling for 90 seats of Haryana and 288 constituencies of Maharashtra began at 7 am today and will continue till 6 pm.

The electoral fate of over 4,400 candidates -- 1,169 in Haryana and 3,237 in Maharashtra will be sealed in EVMs by the voters who will exercise their democratic franchise in the assembly elections.

There are 96,661 polling booths in Maharashtra for citizens to cast their votes.

In Maharashtra, BJP is contesting 150 seats while its ally Shiv Sena has fielded 124 candidates.

The remaining seats have been left for smaller allies. On the other hand, Congress is contesting the polls in alliance with the Nationalist Congress Party (NCP).