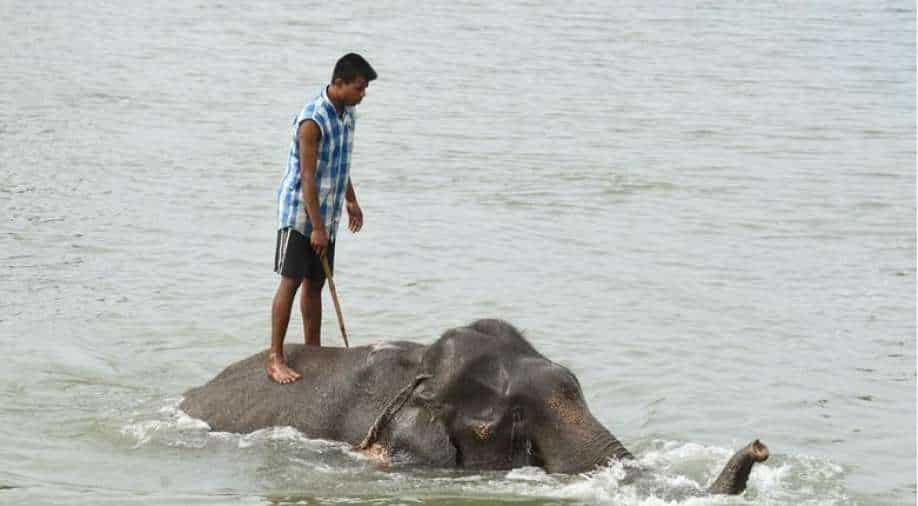 According to the petition, the original caretaker was appointed as a watchman in another temple, following which the elephant was handed over to a caretaker who had resorted to inhuman tactics to bring the elephant under his control.

In order to put an end to the exploitation of elephants by temples and private owners for joyrides or as beasts of burden, the Madras High Court has sought a uniform policy. It states that all elephants - privately owned or temple owned must come under the care of the Forest Department  and that future private ownership of elephants must be completely prohibited.

The First Bench of the High Court comprising Chief Justice Sanjib Banerjee and Justice Senthilkumar Ramamoorthy had passed the order in response to a petition of a devotee, who pointed out ill-treatment of elephants at the Srirangam temple.

Rangarajan Narasimhan, the petitioner had stated the plight of Andal, an elephant that had been separated from its mahout (primary caretaker of captive elephant) of nearly 27 years, as the mahout was removed from service without any notice. It also cites that Section 4(4) of TN Elephant Rules, which mentions that a captive elephant is to be maintained by the same mahout and cavady (mahout’s assistant) for its entire lifespan, was flouted.

According to the petition, the original caretaker was appointed as a watchman in another temple, following which the elephant was handed over to a caretaker who had resorted to inhuman tactics to bring the elephant under his control. “One of the very many ways is to drug the elephant with illegal substances” it states. It is mentioned that though the said elephant is hardly aged 49, it’s condition is like an elephant aged 89, owing to the abuse.

“The government and temple authorities guard the elephant as if she is a convict in jail, not allowing public to have a look, in order to hide the sufferings of the elephant. No CCTV camera is available in a temple that earns over Rs.100Cr every year from devotees’ offerings”. The petition adds that this is done o purpose to enable the cavady to beat up the elephant in order to tame her.

In its order, the first bench said, “Any kind of mistreatment of elephants and other animals must be dealt with promptly and as mercilessly as such persons deal with the animals”. It added that exploitation of animals for all purposes should be stopped except for limited government controlled exercises say, horse-riding or camel-riding on the beach, but even those cannot be privately operated since the treatment of the animals cannot be checked or monitored.

The Court has provided eight weeks time for the Government to come up with a comprehensive policy and guidelines to be framed. It was also stated that experts could be consulted, rehabilitation of elephants lured away from forests maybe taken up and measures be put in place to prevent further exploitation.