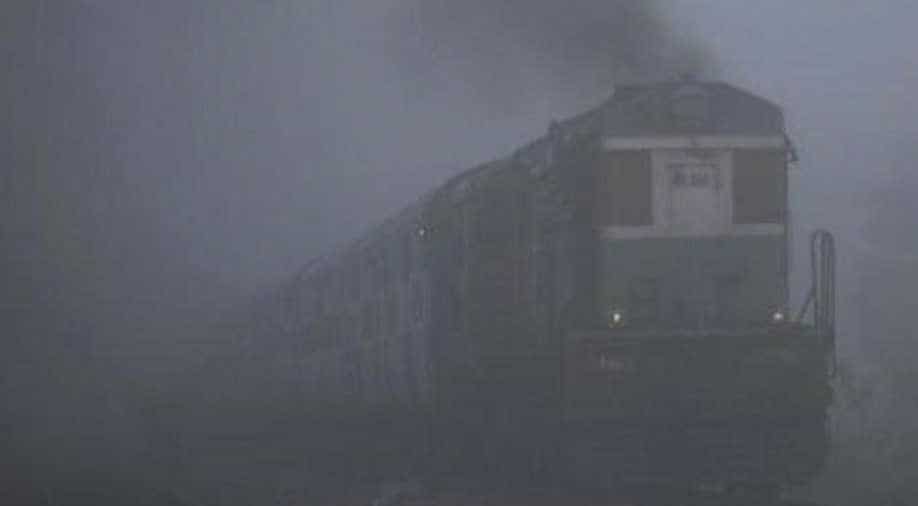 Low temperature and intense fog continue to affect rail operations in north, northwest and eastern India due to low visibility.

Several parts of North India, including Delhi and the adjoining National Capital Region, were covered with dense fog on Friday morning.

According to the Meteorological Department, the maximum temperature will be 27 degree Celsius, with lows of eight degrees. The lowest temperature recorded at the weather station in Delhi's Safdarjung was 7 degrees Celsius on Friday.

Also, the weather department has informed that Delhi will witness a clear sky with moderate fog during the day.

The lowest visibility was recorded in UP's Bahraich and Gorakhpur at 25 meters following 50 meters in Amritsar, Hisar and Patna while visibility in Delhi was lower than 200 metres.

About 80 trains were delayed and four were cancelled at Charbagh station on Thursday.