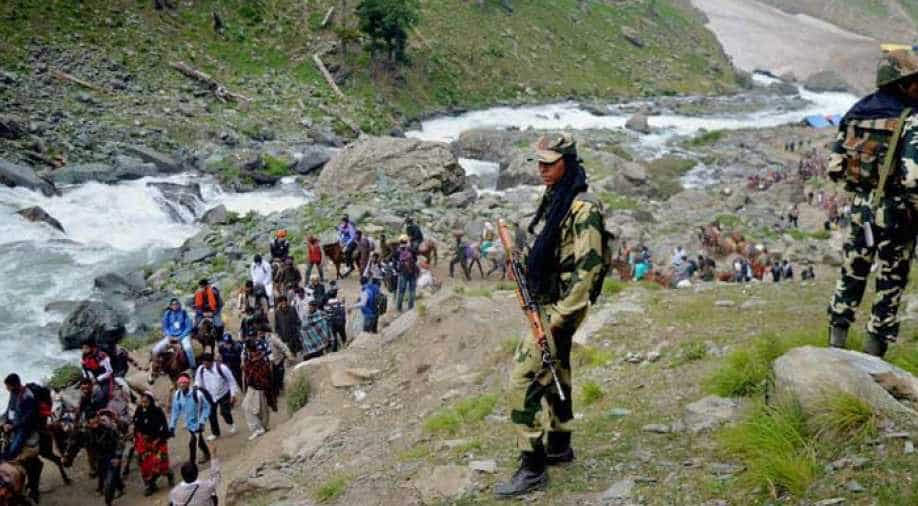 Langar committees have constructed sheds at various points along the National Highway to provide facilities to pilgrims such as food, shelter and medical aid.

Pilgrims undertaking the Amarnath Yatra this year are being served 'langar' three times a day, and are also being provided shelter and medical aid at various points along the National Highway, pilgrims said on Tuesday.

Langar committees have constructed sheds at various points along the National Highway to provide facilities to pilgrims such as food, shelter and medical aid.

They have also established washrooms as well as set up boarding and lodging facilities. CCTV cameras have also been installed in the tents. Speaking to ANI, a first-time pilgrim Jai Singh Rana said, "We are a group of 20 people from Hyderabad. We are very happy with the services provided to us by the government, especially the langar. Healthy food like upma and poha are being served here and they taste really good. Forces are also very well deployed in the region."

"The arrangements are made keeping in mind the interest of every pilgrim. Langar services in various places make us feel at home. Army personnel are providing us with full protection and helping us in the yatra. It is because of them we are able to undertake this yatra. The construction of various tunnels has also made our yatra easier. Our morale is very high due to blessings of Baba Barfani," another devotee said.

According to government officials, the rush at Amarnath Yatra has increased this year in comparison to the past couple of years. The 46-day-long yatra began on July 1, the day of Masik Shivratri, and will conclude on August 15, the day of Shravan Purnima.

Situated at an altitude of 3,888 m, the Amarnath cave is considered as one of the holiest shrines for Hindus.

The Yatra takes place from the traditional 36-km Pahalgam track in Anantnag district and 14-km Baltal route in Ganderbal district.

The holy cave remains open during this period and it attracts lakhs of pilgrims every year.