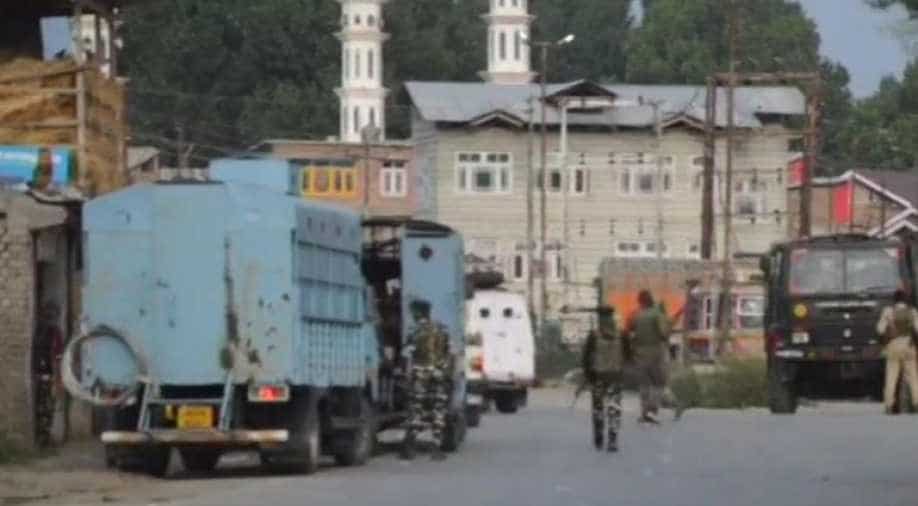 The encounter broke out after the Central Reserve Police Force (CRPF), 34 Rashtriya Rifles (RR) and the Jammu and Kashmir Police jointly conducted search operations in Tarigam area of Kulgam district.

The three Jaish-e-Mohammed (JeM) terrorists killed in the Kulgam encounter on February 24 included two of its top commanders from Pakistan, said the Jammu and Kashmir Police on Monday.

"The three killed terrorists have been identified as Raqib Ahmad Sheikh, a resident of Kulgam, and Waleed and Numan from Pakistan," read a statement of the Jammu and Kashmir Police.

"According to police records, all three killed terrorists were affiliated with JeM. The two killed Pakistani terrorists, Waleed and Numan, as per police records, were top commanders of JeM who were active in southern parts of the Kashmir valley," the police said.

The encounter broke out after the Central Reserve Police Force (CRPF), 34 Rashtriya Rifles (RR) and the Jammu and Kashmir Police jointly conducted search operations in Tarigam area of Kulgam district.

"Arms and ammunition including rifles were recovered from the site of encounter. All these materials have been taken in the case records for further investigation and to probe their complicity in other terror cases," the police added.

In the encounter, Deputy Superintendent of Jammu and Kashmir Police Aman Kumar Thakur and an Army jawan also lost their lives while two other Army personnel, including a Major, got injured.

Aman Kumar Thakur, who led from the front in the operation, had received critical bullet wounds in his head during the gunfight and was immediately shifted to a nearby hospital where doctors declared him dead on arrival.

A resident of Gogla in Doda district of Jammu region, Thakur is survived by his parents, wife Sarla Devi and six-year-old son Arya.

Jammu and Kashmir Police paid rich tributes to Thakur. "Our thoughts and prayers are with his family at this critical juncture," the police said in a statement on Sunday.

Thakur, a 2011-batch Kashmir Police Service Officer, was heading the counter-terrorism wing of Jammu and Kashmir Police in Kulgam for the last one-and-half years and had played a key role in the killing of terrorists in the area.